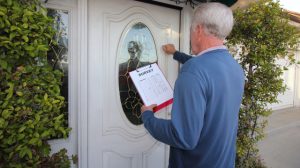 A bunch of high-profile pollsters, ahead of the November 3rd election, made predictions that Democrats would smash Republicans in the Senate and take control of it, while also expanding their control over the House, taking 15 new seats.

To say they were wrong is a total understatement. The GOP now has 50 seats in the Senate with the Democrats only having 48, with two runoffs in Georgia set for January 5. As for the House, the Democrats are going to end up having the smallest majority in the chamber in the last two decades.

And Congressional Republicans are letting these pollsters have it with both barrels blasting.

“The so-called public polls were so far off. It should cause pollsters to take a real look at how they do polling. And I’ll give you some examples of what we saw when I had my pollster take a look at the public polls,” Collins told reporters on Capitol Hill Thursday. “And, for example, one of the public polls published by the Bangor Daily News said I was losing Aroostook County. That is where I’m from. There was no way on earth I was going to be losing Aroostook County. I won it by 68% of the vote, just to give you an idea.”

The public poll numbers were not the only numbers that were against Collins, as she operated her campaign on a $76 million fundraising budget compared to Gideon’s $130 million. But ultimately, Collins pulled through beating her opponent by a 9-point margin on election night.

“Two things I’ll say about the polling. One is our internal polls were much more accurate than the public polls,” Collins said. “And it was frustrating, because I kept wanting to release our internal polls, but campaigns don’t do that, and it did not show me with 9 points. But the last night that we polled showed me ahead by 4, just to give you the latest one.”

According to the Maine Republican, her campaign did a deep-dive in some of the public polls and noted that the sample sizes were wrong for how many people from each county that the pollsters interviewed.

“We found that they didn’t adjust for age, for gender, for party registration — all which is critical to an accurate poll,” the Maine senator stated.

An October Morning Consult poll claimed that South Carolina Republican Sen. Lindsey Graham was trailing behind his Democratic opponent Jamie Harrison by two points. Other polls, like one from Bloomberg, showed the two were tied in a dead heat or had Graham slightly ahead.

Graham won reelection by a whopping 11 points. They were just off a teeny, tiny bit, right?

The pollsters who conducted these surveys either need to do their jobs better or just stop altogether. Either choice is fine by me.