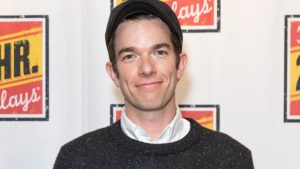 Stand-up comedian John Mulaney was the guest host for “Saturday Night Live” during an episode that aired on February 29, 2020. During his opening monologue, he cracked wises about Senators murdering a national leader.

This little joke ended up landing Mulaney in hot water. So much so that he actually got investigated by the Secret Service.

“Another thing that happened under Julius Caesar, he was such a powerful maniac that all the senators grabbed knives, and they stabbed him to death. That would be an interesting thing if we brought that back now,” Mulaney said during his February 2020 monologue that sparked the investigation.

“The person vetting me was very understanding that the joke had nothing to do with Donald Trump because it was an elliptical reference to him,” Mulaney told Kimmel during that interview. “I didn’t say anything about him. In terms of risk assessment, no one who’s ever looked at me thought I registered above a one.”

Compared to the awful joke that Kathy Griffin made about murdering the president, you know, the one with the bloody severed head, Mulaney’s joke was down right G-rated.

Griffin’s whole career was annihilated by that picture. She’s still not recovered from the incident.

At the end of the day, no one should be wishing death on the President of the United States, regardless of what party that individual might belong to. Such a gesture shows a true lack of humanity, humility, and an ability to empathize with other human beings.