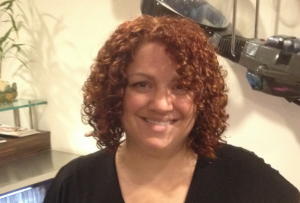 Once again we are reminded of our cursed “whiteness.”  That’s right! Life rises and falls on the pigmentation of your skin.  I swear…some people are just too stupid to breathe.  Take for instance this university professor, Angela Putman.

Did you know that, according to her, working hard and becoming successful is a “white ideology?”  See for yourself….

Pennsylvania State University-Brandywine professor Angela Putman recently asserted in an academic paper that the notion “if I work hard, I can be successful” is merely a product of white ideology, reports Campus Reform.

Angela Putman conducted a study to critique and examine “ideologies within college students’ discourse that are foundational to whiteness.” Her resulting conclusion published on Thursday was that “meritocracy”, or the belief that people should rise based on the fruits of their own labor, is a “white ideology.” In her mind, this “white ideology” is unfortunately widely accepted in academia.

But, Professor Putman argues that professors can change this “ideology” by teaching students “how racism and whiteness function in various contexts, the powerful influence of systems and institutions, and the pervasiveness of whiteness ideologies within the United States.”

Allow me to unpack that statement for you.  By default she said all other races do not believe in hard work. There’s a term we use for rhetoric like that…you’ve heard it over and over…. That’s called RACISM.  She apparently possesses the belief that minorities are incapable of competing based on merit, a view which disparages the ability of non-whites. There’s an organization in America that shares her beliefs….the Klan.

I wonder if she gives grades based on skin color. According to her theory, grading based on their merits and test scores would be a perpetuation of white ideological privilege.

And here I thought liberals said that if we deported the illegal Mexicans back to Mexico that we wouldn’t have anyone left to do the hard work we lazy whiteys don’t want to do.  Hmmm….Well? Which is it dummy?