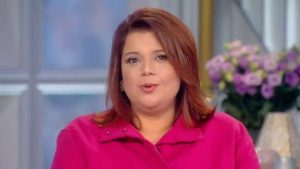 Both Sonny Hostin and Ana Navarro, co-hosts of “The View” program, will be returning to the show this week after having false-positive COVID tests last Friday and being forced to go off-air.

An insider with ABC spoke with Page Six where the individual revealed that both Hostin and Navarro have now been cleared to come back to the studio, stating that “no quarantining is necessary.” Another source then told the news publication that they are also “95 percent” sure that Hostin would be reprising her hosting role starting Monday, and that Navarro is all set to resume her regular appearances as a part-time host on Thursday and Friday.

The pair of co-hosts were both called off the set of the program just minutes before Vice President Kamala Harris was to come on and give an in-studio interview. The show cut to a commercial break and when it came back, fellow co-host Joy Behar stated that both co-hosts, who had received the COVID jab, tested positive for the illness.

“Okay, so, for those of you who are just tuning in, we’re both sitting here now because Ana and Sunny at the last minute we realized that they tested positive for COVID. They’ve been taken off the show,” Behar went on to say during the program, according to reports published by NBC News.

Insiders for Page Six stated that producers did not have permission to announce the co-hosts’ test results.

“It was not OK. They made the decision to reveal their COVID-19 results in the heat of the moment when they should’ve gone to commercial break,” the sources went on to reveal. “They could’ve stopped, and thought about how to handle it, as opposed to being crazy on the air and running around like chickens with their heads cut off.”

Both women were “very emotional” about the ordeal and “for good reason,” the sources said.

“They were p—ed because everyone’s been waiting for this big interview for two weeks now, and then it was derailed because of a false positive,” the sources continued.

After the first test came back positive, Hostin and Navarro took a rapid test and a PCR test, which both came back negative. They took another PCR test on Saturday and the results were negative again.

Once the initial frenzy had died down, Navarro logged onto Twitter to address comments former president Donald Trump’s son made in response to the initial false positive test results.

“Given the Ana Navarro news, I think it’s time for a national conversation about the dangers of [COVID]-19 & obesity,” he went on to write on Twitter.

“@DonaldJTrumpJr, thanks for your concern,” Navarro responded. “I don’t have COVID. Fortunately for you, if you want to have a conversation about the effects of obesity on people with COVID, your dad is a phone call away…assuming he answers your calls. Or just ask your sister to call him for you.”