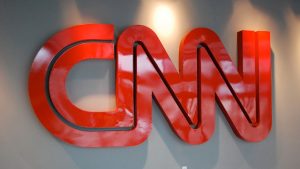 CNN has a reputation for being one of the least trustworthy news sources in the world, and with good reason. There have been many times over the last 10 years, especially since Trump took office, that this organization has either twisted stories, left out important information, or straight up fabricated things.

As a recent example, the network allowed anti-gun activist and Parkland shooting survivor David Hogg to make statements that turned out to be false, however they went unchallenged by CNN hosts conducting the interview.

It has become apparant that the overall dishonesty of the mainstream media, and of CNN in particular, is now starting to impact their bottom line, as ratings for May plummet a whopping 25 percent.

CNN finished third in the daypart behind MSNBC and Fox.

As Tom Blumer of Newsbusters noted:

Clearly, it seems that obsessing over Stormy Daniels, having over 147 interviews with her lawyer, constantly going after President Donald Trump as an idiot and a racist, highlighting Jim Acosta’s loutish behavior, giving an open mic to gun-controllers, and siding with Hamas terrorists attacking Israeli soldiers — only a few items from a much longer list — is not a winning formula.

Forbes contributor Mark Joyella noted that while CNN is falling through the floor, Fox News is doing fantastic.

FNC extended its run of consecutive months at number one to a staggering 197, while building hitting another impressive milestone: Fox News Channel has now beaten every other network in basic cable for 23 months straight, based on total day ratings, with an average total day audience in May of 1.4 million viewers. In prime time, Fox News destroyed its competition, with an average total audience of 2.381 million viewers, compared to MSNBC’s 1.384 million and CNN’s 835,000.

Contrary to what liberals might believe, there is still a large segment of the American population who simply want objective news reporting without the extensive commentary that smugly attempts to teach them what to think.

People aren’t stupid. Provide both sides of the story, stay true to the facts, and folks will make the right decision about what side of the issue to stand on. They really do not need anyone making up their minds for them.