CNN President Admits That Without Trump, They’ve Got Nothin’ 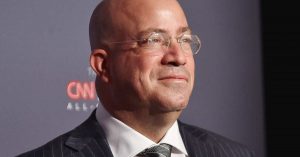 This is a story that’s so pathetic, it’s actually kind of hard to laugh at.

OK, so it’s not that hard to laugh at, but it is really, really pathetic.

Which tells you an awful lot about CNN viewership…

“People say all the time, ‘Oh, I don’t want to talk about Trump. I’ve had too much Trump,'” Zucker told Vanity Fair’s Joe Pompeo. “And yet at the end of the day, all they want to do is talk about Trump. We’ve seen that, anytime you break away from the Trump story and cover other events in this era, the audience goes away. So we know that, right now, Donald Trump dominates.”

It seems like CNN’s success with focusing almost solely on Trump seems to strike at the heart of why the network is getting any attention right now, and it’s a sad commentary on the state of what was once called “yellow journalism.”

So many things wrong here….let’s just move on.

Zucker goes on to note that stoking the flames of the tone-deaf political divide seems to be working:

Even though CNN still trails Fox News and MSNBC in prime-time audience size, its ratings have never been better. The average number of people watching on a given day has been above 700,000 each year since 2016, compared to around 400,000 in the pre-Trump news cycle. That’s also considerably larger than any other time over the past 25 years, an astonishing feat given the ubiquity of news and the decline of cable. The ratings of course skew higher in the evening hours, when the most people are watching all at once. The average prime-time audience is around a million, compared to fewer than 600,000 when Zucker arrived, in 2013. According to someone with direct knowledge of the numbers, CNN is projected to turn a $1.2 billion profit on $2.5 billion in revenue this year, making 2018 its most profitable year ever.

That’s right, the network that seems to be seething with blind, senseless hatred for the President is actually making bank on their constant negative coverage of him.

Let that sink in.

Meanwhile, the President’s ubiquitous label for the network seems ever more accurate by the day:

“Check out tweets from last two days. I refer to Fake News Media when mentioning Enemy of the People – but dishonest reporters use only the word “Media.” The people of our Great Country are angry and disillusioned at receiving so much Fake News. They get it, and fully understand!”

I guess…everyone wins from CNN’s curated array of negative coverage?