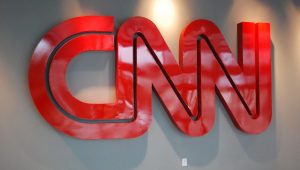 CNN is apparently trying to take the credit for Hunter Biden revealing that he’s currently under investigation over taxes, stating that it was “likely prompted” by their coverage.

Now, we all know that CNN is the fake news master and that they are totally delusional, but man, this shows just how far down the rabbit hole the network has really fallen.

“With the news cycle as chaotic as it has ever been, knowing what stories to focus on is as important as ever. Wednesday provided a great example of this, with Hunter Biden confirming he is being investigated for his taxes,” CNN’s senior media reporter Oliver Darcy wrote in a Reliable Sources newsletter.

“CNN had been chasing this news and had asked for comment, which likely prompted the Biden camp to go public,” Darcy added.

On Wednesday, Biden announced the federal investigation, saying in a statement it was the first he had heard of it.

“I learned yesterday for the first time that the U.S. Attorney’s Office in Delaware advised my legal counsel, also yesterday, that they are investigating my tax affairs,” Biden said. “I take this matter very seriously but I am confident that a professional and objective review of these matters will demonstrate that I handled my affairs legally and appropriately, including with the benefit of professional tax advisors.”

As you can probably guess, Democratic presidential nominee Joe Biden is standing by his son, which we learned through a statement released by his transition team.

CNN’s newsletter was criticized by some folks on Twitter:

Here's how @BrianStelter and Conservative Media Benedict Arnold @OliverDarcy are reacting to the Hunter revelation and the Eric Swalwell story. They're expressing no regrets about their earlier censorship efforts and 100% taking Swalwell at his word https://t.co/Y5B6NiyV06 pic.twitter.com/5A9xPeqGkh

They're literally patting themselves on the back, claiming Hunter copped to this because CNN was pressuring them, but making clear this story doesn't really matter.

And Swalwell says he didn't do anything wrong, so move along, you idiotic loons!

Again, these people are totally delusional.