The Clinton Foundation made millions as collusion with Russia surfaces. 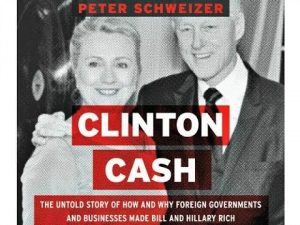 “Oh what a tangled web we weave when first we practice to deceive.” –

Sir Walter Scott first wrote of this in his poem the Marmion. His second poem for public consumption. It’s a poem about deceit and adultery that ends unfavorably for the main character.

What better prose as the Marmion to draw attention today to the happenings of the Russian collusion scandal. Now, you may be thinking this is going to be an article about Donald Trump and the Russian influence on the election. You would be wrong.

We have learned today according to TheHill.com that the FBI had evidence as early as 2009 that Russian operatives used bribes, kickbacks and other dirty tactics to expand Moscow’s atomic energy footprint in the U.S. Now who was the President again in 2009? Maybe a better question to ask is who was the Secretary of State? I will get to that in due time.

Revisiting allegations from the 2016 campaign, the report in The Hill noted that Bill Clinton and his family foundation received millions from the figures tied to the sale of 20% of the United States uranium to a Russian company Rosatom. All of this took place while then Secretary of State Hillary Clinton served on a committee that helped seal the deal. The report also has evidence indicating that Russian nuclear officials “routed” millions of dollars to the U.S. to benefit Bill Clinton’s foundation, while citing new allegations about a Russian plot that preceded the deal.

According to The Hill, federal agents gathered evidence, including recordings and emails, as early as 2009 showing that Moscow used bribes and kickbacks to compromise an American uranium trucking firm. Now you would think that this would have been all over the news and that swift justice would have been brought against the culprits of such actions. Once again you would be wrong. As I sit here writing this article zero charges have been filed against, Bill and Hillary Clinton, The Clinton Foundation or Barack Obama.

The Obama Justice Department investigated this for years, without telling you or I or Congress of the full scope of the alleged scheme, as the administration made two decisions benefitting Moscow.

The first was the approval in 2010 of a partial sale of a Canadian mining company Uranium One to Russia’s Rosatom nuclear company. A year later, the Obama administration gave the approval on a separate deal involving a Russian subsidiary.

Let me break this down for you. We have a mainstream media telling you that there is collusion between Russia and Donald Trump winning the election last year. We have a special prosecutor in Robert Mueller digging for dirt on Donald Trump or anyone else associated with him during his presidential campaign. This has been going on for approximately a year now and we haven’t seen a shred of evidence that Russia had anything to do with Donald Trump winning the election.

Now we fast forward to this report from TheHill.com. We have proof that the Clinton Foundation was receiving money from the Russians. We have proof that Hillary Clinton sat on a committee that approved the sale of 20% of the U.S. uranium to the Russians and now we have evidence from the FBI that kickbacks and favors were being exchanged for said deal.

Where in the world is the mainstream media on this story?

Conservative author Peter Schweizer and The New York Times documented how Bill Clinton collected hundreds of thousands of dollars in Russian speaking fees and his charitable foundation collected millions in donations from parties interested in the deal while Hillary Clinton presided on the Committee on Foreign Investment in the United States.

At the time, Clinton’s campaign downplayed these allegations. “No one has produced a shred of evidence that Hillary Clinton ever took action as Secretary of State in order to support the interests of donors to the Clinton Foundation. To suggest the State Department, under then-Secretary Clinton, exerted undue influence in the U.S. government’s review of the sale of Uranium One is utterly baseless. It mischaracterizes the nature of the State Department’s participation in such reviews, and also ignores the range of other regulatory agencies that ultimately supported this sale.” The spokesman went on to dismiss the allegations as “conspiracy theories.”

Just like the vast “right wing conspiracy” that was after her adulterous husband. The Clintons may know a thing or two about conspiracies.

You may be asking yourself why you haven’t heard about this? That would be a great question. I want you to think about this. The case, incidentally, was overseen by Rob Rosenstein, who is now overseeing the special counsel probe into Russia’s role in the 2016 presidential campaign.

Interesting to say the least. I have just two questions.

Where is Attorney General Jeff Sessions?

Why are Bill and Hillary not wearing bright orange jumpsuits?

Oh, what a tangled web.