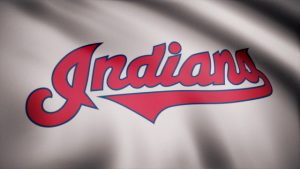 Cleveland’s Major League Baseball team, the Indians, have announced they will be changing their name to the Guardians after the organization received national pressure to change the name as many local and national activists claimed it was racist.

“Now it’s time to unite as one family, one community, to build the next era for this team in this city. To keep watch and guard what makes this game the greatest,” actor Tom Hanks said during his  narration of the team’s announcement, which was scored by the Black Keys.

The Guardians was among the fan favorites for a possible name change.

Together, we are all… pic.twitter.com/R5FnT4kv1I

The name comes from the art deco statues of the Lorain-Carnegie Bridge in Cleveland outside the team’s stadium. The statues are known as the “Guardians of Traffic.”

The organization did not announce when the name will go into effect.

The 2021 MLB season is in play, and the Guardians will likely take the field in 2022, MLB.com reported.

The Washington Football Team dropped the name Redskins in 2020 after local and national backlash, with critics calling the tag “demeaning” to Native Americans.

Welcome to yet another fantastic display of political correctness, folks. Liberals are truly out to destroy everything, even sports.