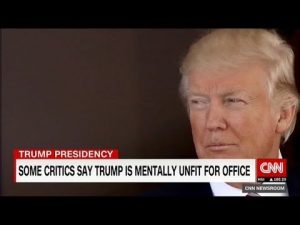 Over the course of its 69-year history, the Soviet Union was notorious for its heavy-handed suppression of political dissent. During the 1960s and 1970s the Communist Party took their intolerance for ideological deviance to extremes by having psychiatrists diagnose and institutionalize so-called counterrevolutionaries with mental illness. It was a frightening episode in Soviet history in which perfectly healthy citizens could be deemed psychotic simply on account of their political views.

Communists leaders started to take an interest in medicine as a potential instrument of control as early as 1948 under the Stalin regime. Stalin’s prosecutor and high-ranking KGB officer Andrey Vyshinsky ordered the use of psychiatry as a way to both quash dissent and still send a message to any would-be activists.

Realizing that psychiatry had greater potential as a control mechanism than other areas of medicine, the Communist Party was eager to take advantage. They knew that a diagnosis of mental illness could confer them broad powers by allowing them to detain persons against their will conduct therapy — all while proclaiming it to be within the interest of the “patient” and the broader interests of society.

It is the opinion of this writer, that this is a very “Clear and Present Danger” at this time in America. In fact, it is becoming the leading “modus operandi” of the “never Trumpers” attempts to oust a duly elected, sitting president of the United States.

CNN host Brian Stelter on Sunday called for journalists to pursue more reporting on the issue of President Trump‘s mental fitness as speculation on the subject has ramped up in recent days.

“This past year has been full of reasons to question his fitness. President Trump promotes conspiracy theories. He shares racist videos on social media. He live-tweets Fox News shows that mislead him, while he derides real reporting as ‘fake news,’” Stelter said on his show “Reliable Sources.”

“But, journalists are not judges or doctors,” he continued. “This is not a court or a hospital. What this moment needs from reporters is more reporting. Not more speculating or guessing or rumor-mongering, but more real reporting of what’s going on.” (More Fake News! W.T.)

Stelter and others have in recent days brought up Trump’s mental fitness in the wake of the president’s tweet about the size of his nuclear button, and following details in author Michael Wolff’s new book, “Fire and Fury: Inside the Trump White House.”

“When a President of the United States threatens North Korea by invoking the size of his nuclear button, it is fair to ask about his fitness,” Stelter said. “If a leader of another country were to do the same thing, I think many commentators, many reporters will conclude that he is not well.”

This “political hatchet” job began to really pick up steam after Yale psychiatrist Dr. Bandy X. Lee, and organizer of Yale’s “Duty to Warn” Conference, published her New York Times bestseller titled THE DANGEROUS CASE OF DONALD TRUMP. In it more than two dozen psychiatrists and psychologists offer their consensus view that Trump’s mental state presents a clear and present danger to our nation and individual well-being.

On October 8, 2017, the outgoing Republican senator Bob Corker sent a tweet calling the White House “an adult day care center.” Corker then told the Times that President Trump’s recklessness could set the nation “on the path to World War III”; he said that most Senate Republicans shared his concerns, as should “anyone who cares about our nation.” Days later, Gabriel Sherman reported in Vanity Fair on the crisis-level discussions among Trump’s aides about how to contain a President who they fear is “unstable” and “unraveling.” According to Sherman’s reporting, the former chief strategist Steve Bannon warned Trump several months ago that “the risk to his presidency wasn’t impeachment, but the 25th Amendment.” That Amendment to the Constitution provides that the Vice-President and a majority of the Cabinet — or, alternatively, a congressionally appointed body — can determine that the President is “unable to discharge the powers and duties of his office” and remove him.

The removal of Trump using the Twenty-fifth Amendment is the aim of a newly launched social movement composed of mental-health professionals. The group, organized by Dr. Lee, called Duty to Warn, claims that Donald Trump “suffers from an incurable malignant narcissism that makes him incapable of carrying out his presidential duties and poses a danger to the nation and they fell it is their moral and civic “duty to warn” America.”

Since 1973, the American Psychiatric Association and its 37,000 members have abided by a principle commonly known as “the Goldwater Rule.” The ethics principle is so named because of its association with an incident that took place during the 1964 presidential election. (See APA Blog on Goldwater Rule.) During that election, Fact magazine published a survey in which it queried some 12,356 psychiatrists on whether candidate Sen. Barry Goldwater, the GOP nominee, was psychologically fit to be president. A total of 2,417 of those queried responded, with 1,189 saying that Goldwater was unfit to assume the presidency. Goldwater would later sue the magazine, which was found liable for damages.

Offering a professional opinion or a diagnosis of someone they have not thoroughly examined compromises the integrity of the doctor and the profession and it has the potential to stigmatize those with mental illness. Furthermore, when a physician publicly gives a professional opinion on a public figure without consent, it violates the principle that a psychiatric evaluation must occur with consent or authorization.

Modern psychiatry, despite its more than 1100 different theories of diagnostics and treatment, has proven helpful to many, and I am by no means denigrating good and helpful doctors. But as history has already demonstrated, it has dangerous and detrimental potential for all Americans when employed by public, politically-biased, left-wing, one world government practitioners.  Attempts to label anyone in general, and the president in particular, unfit, in order to win by “medical experts” what couldn’t be won at the ballot box is truly a “Clear and Present Danger”!

Michael Cantrell - January 24, 2022
The University of North Dakota has decided to throw away plans to put a policy for transgender students into action after a state Catholic...

Rep. Rosendale Reveals That People In Montana Are ‘Not Pleased’ With...