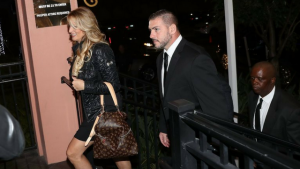 Stormy Daniels doesn’t have to try to stay in the news, the media are more than happy to give her every platform possible.

The adult film star, who has managed to greatly expand the scope of her name recognition by taking money from Trump’s lawyer to remain quiet about their affair, keep the money, not remain quiet, and make even more money with a national tour, renewed interest in her…uh…performance skills, and plans to sue the President and his lawyer who gave her money in the first place, has decided to show a little altruism in the midst of her seemingly endless 15 minutes of fame.

And what better way for a lady such as Stormy to “give back” than to promise a big fat check to abortion mill Planned Parenthood?

“Daniels, whose legal name is Stephanie Clifford,” Life Site News reports, “[told] Penthouse she plans to donate the amount of money she received from Trump’s attorney Michael Cohen to America’s top abortion company. A ‘source close to Penthouse‘ told this to the Daily Beast, which reports that Daniels will donate that money in Trump and Cohen’s names.”

You’ve got to admit, this is a pretty clever move, as she is being criticized for keeping the money she’s now complaining about being offered to stay quiet in the first place. By making an offering to the Holy Temple of Planned Parenthood, perhaps Stormy can appease the leftist gods and make herself considerably more money in the long run with her newfound fame.

If she wins in court and must go through with her pledged donation to the nation’s largest abortion clinic, she will be donating the 300,000+ abortions that take place at Planned Parenthood each year, and has been caught illegally selling fetal organs, turning a blind eye to underage prostitution, and repeatedly lies about the availability of breast cancer screening and prenatal care at their clinics.