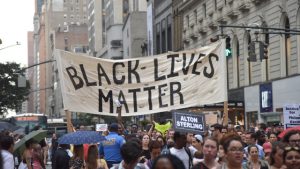 The City of Detroit is swinging back at Black Lives Matter protesters who recently filed a lawsuit against the local government, alleging that these “demonstrators” participated in a “civil conspiracy.”

Given the fact that they tried to use violence, looting, and rioting as a means of ushering in political change, these individuals, who have far more in common with domestic terrorists than they do with law-abiding protesters, absolutely deserve to have the book thrown at them.

Detroit’s suit alleges that demonstrators who participated in the racial justice protests this summer were a part of a “civil conspiracy” in which they attempted “to disturb the peace, engage in disorderly conduct, incite riots, destroy public property,” and resist police orders, among other “illegal acts.” The suit was filed in September, about a month after activists filed their own suit, alleging Detroit police officers “repeatedly responded with violence,” according to theIntercept.

The city has accused the protesters of defaming police officers, although the city isn’t suing for defamation outright.

It also claims the protesters, specifically the umbrella collective, Detroit Will Breathe, shouldn’t be considered as protected under the First Amendment because “the protests in Detroit have repeatedly turned violent, endangering the lives of police and the public.” The city has pointed to officers injured during protests to support this claim, which it says include “cracked vertebrae, lacerations, and concussions,” however, the city does not specify how each injury occurred or who injured them.

The filings accuse the protesters of “destroying and defacing public property” in several different places, though only the examples of a broken police car window and a vandalized statue are mentioned.

James Craig, the Detroit Police Department Chief, was named as a defendant in the protesters’ lawsuit. Craig has referred to the protesters as “criminals” and “misguided radicals” who “incite violence.”

Well, he’s not exactly wrong, is he?

How many evenings on the news have we witnessed these individuals ripping their neighborhoods to shreds and then burning them to the ground? In some places this kind of behavior is still happening. It’s unacceptable.

Craig also has made insinuations that he believes the BLM movement is Marxist in nature. Which it very much is.

Also, we have proof that in many of the incidents of violence, the individuals involved were paid to start stuff in order to receive lucrative payment for their “services.”

Regardless, it’s about time cities start pushing back against the mayhem caused by these out of control radicals.