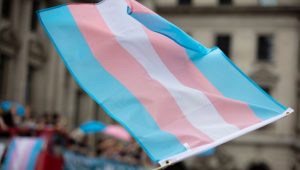 A Christian liberal college located in Missouri, College of the Ozarks, is now suing the Biden administration over the government’s expectation that schools of a religious nature would open up dorms and showers for individuals who are self-determining their gender.

A few months back, the Biden administration put out a directive that says any institution that is receiving federal dollars as part of the Fair Housing Act has to assign biological males to female dorms and give them female roommates if they identify as women.

Here’s more on this from Discrn:

The College of the Ozarks argues in its suit that doing so would violate the school’s moral and religious beliefs.

“The government cannot and should not force schools to open girls’ dorms to males based on its politically motivated and inappropriate redefinition of ‘sex,'” said Julie Marie Blake, senior counsel with Alliance Defending Freedom, the organization defending the school.

“Women shouldn’t be forced to share private spaces — including showers and dorm rooms — with males, and religious schools shouldn’t be punished simply because of their beliefs about marriage and biological sex. Government overreach by the Biden administration continues to victimize women, girls, and people of faith by gutting their legal protections, and it must be stopped.”

The president of the college, Jerry C. Davis, claims that this is a perfect example of how religious freedom is “under attack” and has stated in no uncertain terms that his school “won’t stand on the sidelines and watch.”