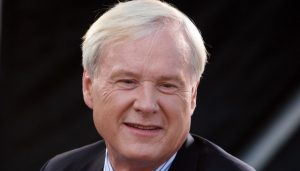 Former MSNBC host Chris Matthews, a man who is not at all what you might call a “fan” of President Trump’s, really took a hard beating on social media Monday when lefists came out of the woodwork against him for daring to give praise to the president for the way he handled the news of the death of Justice Ruth Bader Ginsburg.

Because to ever praise good behavior of the president is to break away from groupthink and the mission of the Democratic Party. It’s a form of idealistic treason and as such, deserving of punishment.

On Friday night, after learning news of Ginsburg’s death, the president said he was “sad” to hear of her passing and praised her life accomplishments.

But, as we’ve come to expect from the radical left, they immediately responded to the president’s comments with vitriol, because they are totally incapable of anything more than that when it comes to Trump.

Lol. Whew these journalists are so desperate to declare “presidential behavior”.

Did Chuck Todd repeatedly bludgeon you in the head with Chris Cillizza? https://t.co/aG5N5Lwp2B

Keep in mind that Chris Matthews retired from MSNBC after he was accused of multiple sexual harassment allegations, so there’s that.

However, the left has proven they cannot just look at the president’s actions and praise what he doees that is good and be critical of things they disagree with. Instead, they have allowed their ethics and moral objectivity to be completely compromised in an effort to prove they are good lapdogs for the Democratic Party.

That is not true journalism.