Chris Christie Shreds Biden, calls Him A ‘Liar And A Hypocrite’ Over Election Law Rhetoric 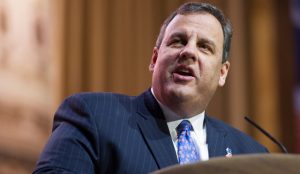 According to Chris Christie, President Joe Biden is a hypocrite and a liar by allegedly tossing fuel on the fire by concerning election integrity and racial injustice, all to help push his political agenda.

“Here’s what Joe Biden’s got to live with when he wakes up this morning on Easter morning: He is doing exactly what he sat around in the campaign and the transition and accused Donald Trump of doing; he is lying to cause racial divisions in this country,” Christie said during an interview with ABC’s “This Week.”

“That’s what he accused Donald Trump of doing, and he’s a liar and a hypocrite this morning,” he added.

Christie, the former GOP governor of New Jersey, had a firm back-and-forth with former Democrat Chicago Mayor Rahm Emanuel on whether or not Biden is lying in his rebuke of Georgia’s election reforms, which were codified into law after Democrats used the guise of COVID-19 to make massive 2020 election changes without passing them through the state legislature.

Biden was lying because the Georgia election reforms “expands early voting in Georgia” when “the president said it ended it,” according to Christie.

“Let’s talk about what the Georgia law is really about because we haven’t had much of that,” the former New Jersey governor said. “Drop boxes now become a permanent part of the Georgia landscape. They were not prior to COVID. They are now.

“Minimum of 17 days of early voting, including two Saturdays and two optional Sundays. You’re going to have all voters being able to have multiple ways to prove who they are, driver’s license, last four numbers of your Social Security number, even a utility bill or a free ID provided by the state of Georgia, and voting is going to be until – from 7:00 a.m. to 7:00 p.m. as it is right now in Georgia.”

“Well, Stacey Abrams, by the way, Stacey Abrams was in New Jersey, in my state, praising Phil Murphy this week for a voting law where New Jersey early voting is nine days – half, half of what Georgia is,” Christie said to ABC’s George Stephanopoulos.

“Yet she’s on TV in New Jersey – I saw it myself – saying that this is one of the greatest voting expansion bills we’ve ever seen, but this is Jim Crow? I’m sorry, George,” he continued.

“Politics need not be a raging fire that destroys everything in its path,” Christie went on to say. “Every disagreement doesn’t have to be a cause for total war, and we must reject a culture in which facts themselves are manipulated or made up.”

Biden is definitely a hypocrite and a liar. We all knew that before he took office. We experienced eight years of his garbage when he served as Obama’s vice president.

Let’s hope we only have to deal with this crap for four years and that the GOP takes back the White House in 2024.