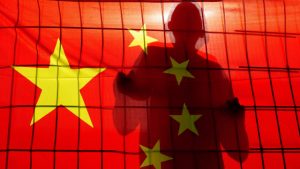 A billionaire from China just found out he’s going to be spending 18 years in prison for daring to voice his opposition to the country’s communist party.

And this is the kind of thing Democrats would probably love to do to conservatives here in the United States. Just think, this kind of insanity is the final product of socialist thinking. This is where that ideology will lead a country over time.

Sun Dawu, who is the owner of Dawu Agricultural and Animal Husbandry Group, was found guilty of “picking quarrels and provoking trouble.” According to reports from the BBC, this is a charge that is frequently levied against activists who speak out against the Chinese Communist Party.

“Other charges against him include illegally occupying farmland, assembling a crowd to attack state agencies and obstructing government workers from performing their duties. He was also fined 3.11 million yuan ($478,697; £343,227),” the BBC explains.

“He was reportedly detained last year, along with 20 relatives and business associates, over a land dispute with a government-run farm… Sun is said to be close to some prominent Chinese political dissidents and has in the past criticised the government’s rural policies. He was one of the few people to openly accuse the government of covering up an African swine flu outbreak, which affected his farms in 2019, and later devastated much of the country’s industry,” the report continues.

“He also was sentenced to prison in 2003, for ‘illegal fundraising’ but the case was overturned after an outpouring of support from activists and the public,” it added.

Sun reportedly confessed to making mistakes and described himself as an “outstanding communist party member.”

Sun’s sentencing occurs as Chinese authorities crack down on private business activity in the nation. As The Daily Wire reported, government officials have severely limited the nation’s $120 billion private tutoring sector in the interest of reducing costs for families. The nation has also restricted the official use of cryptocurrencies such as bitcoin, causing a $1 trillion liquidation in the global digital asset market.

Beyond Sun, the Chinese Communist Party has been quick to pressure influential citizens into complying with government rule. Alibaba founder Jack Ma — who has a net worth of over $50 billion — disappeared from the public eye after hinting that the government had poorly managed China’s financial system. After news outlets across the world wondered if he had been arrested, a source told CNBC that he was merely “lying low for the time being.”

So why are we covering a story like this? Because this is the kind of system of government that radical left-wing activists in this country want to bring to the United States. This shows you what our future will be if the people of this nation don’t start boldly standing up for conservative values in legal and peaceful ways.