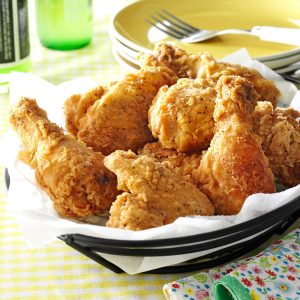 A billboard is set to go up to memorialize dozens of chickens injured or killed during a crash on Interstate 95 earlier this month.

People for Ethical Treatment of Animals (PETA) announced through a news release that the billboard aims to encourage drivers to “think about the ill-fated animals on transport trucks.

The crash took place on Sept. 15 on northbound I-95 at mile marker 91 near Santee, according to Lance Corporal Judd Jones, of the S.C. Highway Patrol. Only one vehicle was involved and no humans were injured in the crash.

But the picture Jones took showed dozens of chickens being transported in cages scattered across the side of the road.

“This devastating crash left countless birds mangled and suffering,” said Tracy Reiman, the organization’s executive vice president. “PETA’s billboard will let travelers know that the best way to prevent such tragedies is to keep smart, sensitive chickens off the road in the first place by going vegan.”

Remember the chickens?! PETA will memorialize chickens killed in a truck crash pic.twitter.com/O8nYfnvFEM

The billboard will feature an image of a chicken with the words, “I’m me, not meat. See the individual. Go vegan,” according to the release.

Amber Canavan, spokeswoman for PETA, said the organization has erected similar billboards before for cows killed in a crash in Indiana and also for pigs killed in Kentucky.

In other news…the people at PETA are absolute morons.