Chick-fil-A Caves To The Left, Cuts Donations to Salvation Army, Other “Anti-LGBT” Orgs 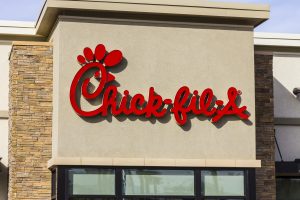 What in sam hill is goin’ on here?!

I just got done giving Chick-fil-A all the praise and favor in the wake of competitor Popeye’s absolute hot mess (complete with 60-hour work weeks, child labor, a racist body-slamming incident, and a fatality) and now what was once The Lord’s Chicken goes and gives a pinch of incense on Caesar’s altar.

According to The Daily Wire, Chick-fil-A has already been hit by a sharp backlash after announcing this morning to cut its support of mainstream Christian organizations like the Salvation Army and the Fellowship of Christian Athletes.

“As Chick-fil-A expands globally and into more liberal parts of the U.S., the chicken chain plans to change which charities it donates to after years of bad press and protests from the LGBT community,” Bisnow reported earlier today. “Beginning next year, Chick-fil-A will move away from its current philanthropic structure, Bisnow has learned. After donating to more than 300 charitable organizations this year, the Atlanta-based fast-food chain will instead focus on three initiatives with one accompanying charity each: education, homelessness and hunger.”

Chick-fil-A President and Chief Operating Officer Tim Tassopoulos added, “There’s no question we know that, as we go into new markets, we need to be clear about who we are. There are lots of articles and newscasts about Chick-fil-A, and we thought we needed to be clear about our message.”

Now, let’s pause for a moment and acknowledge a couple of important things.

Number one, Chick-fil-a is a private business and its employees and bigwigs are free to do as they please with their time and capital. They don’t even have to be charitable to any organization, but they choose to, and that in itself is laudable.

Number two, supporting education and fighting homelessness and hunger are, in general, wonderful causes. No one is saying we want children to be dumber, families and individuals to live on the streets, and people to go hungry while we throw all our money at Christian organizations. Anyone who would suggest such a thing is intellectually dishonest beyond justification.

Here’s the thing: the Salvation Army has literally been in the business of virtually each of those causes since the mid-1800s.

“We’re saddened to learn that a corporate partner has felt it necessary to divert funding to other hunger, education and homelessness organizations,” a spokesperson for the Salvation Army said in a statement to Bisnow. “We serve more than 23 million individuals a year, including those in the LGBTQ+ community. In fact, we believe we are the largest provider of poverty relief to the LGBTQ+ population.”

Naturally, hordes of Chick-fil-A’s Christian, conservative, or otherwise reasonable patrons were more than a little disappointed by the shocking move.

Here are the highlights:

Really @ChickfilA? This is the direction you want to go? You’ve garnered the unconditional support of millions not in spite of but BECAUSE OF your stances, which is the sole reason you’re successful. Idiocy. Bye! https://t.co/LIAzBt9Xos

Chick-fil-A: CAN WE GET SOME OF THAT ACTION?!

After ignoring the Leftist rage mob for years & becoming the most popular fast food brand @ChickfilA displays shameful cowardice in pulling funding from groups such as the @SalvationArmyUS who feed the homeless incl homeless LGBT https://t.co/qcQVY8A4Rk

Correct. And now my attitude toward @ChickfilA is “meh.” It’s just like every other corporation that ultimately capitulates. Sundays not far behind? https://t.co/eYvMIXm88g

Chick fil A defied the LGBT rage mob for years and only grew in popularity because of it. Now all of a sudden they cave. This is the most pointless and counter productive surrender I’ve ever seen.

But wait, here’s the punchline: the leftists aren’t terribly thrilled with the purveyors of hate chicken either:

This is a major step for a company that has come to symbolize anti-LGBTQ discrimination. But they have work to do if they want to be an inclusive company. (6)

Ah, yes, the graceless gospel of woke culture. Your work is never done—you must always strive for the heights of “inclusivity,” as long as you’re exclusive of the right people and groups.

“If Chick-Fil-A is serious about their pledge to stop holding hands with divisive anti-LGBTQ activists, then further transparency is needed regarding their deep ties to organizations like Focus on the Family, which exist purely to harm LGBTQ people and families" @AndersonDrew https://t.co/0OXfScv1z6

Chad Felix Greene went ahead and did the legwork for us and screenshot a handful of representative responses from assorted leftists that demonstrate just how warm and welcoming they are of the penitent chicken chain:

As I’ve frequently stated, I personally don’t have much of a dog in the fight here. Being inconveniently far from the nearest Chick-fil-A (and Popeyes, for that matter) they’ve never really had my business to begin with—but now, I can’t say they’re ever going to.