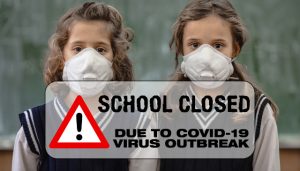 Students in both elementary and middle school have returned to part-time classroom instruction in the city of Chicago, but the Chicago Teachers Union is still resisting the next round of reopenings, demanding that the city come back to the table for more negotiations or else face more delays.

High schools in the Chicago Public School system are supposed to return to the classroom on April 19, but the CTU, which fought for two months to prevent elementary and middle school students from going back and keep them locked into virtual learning, is now saying it won’t allow teachers that belong to the organization return to high school classrooms unless CPS will meet its demands.

“Chicago Teachers Union issued a statement Tuesday evening in response to an email to high school families saying no agreement has been reached on a return to in-person learning,” CBS Chicago reported last week.

“Let me be clear: We have no agreement on returning to in-person learning in high schools on any date, nor will there be an agreement until we know our school buildings can reopen safely,” the union’s leader, Jesse Sharkey, said in his letter to parents.

Earlier in 2021, CPS and CTU tangled over a re-opening plan that was supposed to see some CPS students returning to classrooms in mid-February, with rolling re-openings through early March. CTU refused to agree to the timeline, demanding that CPS vaccinate all teachers and staff before allowing them to interact with students and that teachers who were particularly “vulnerable” to the virus or lived with someone vulnerable to the virus be allowed to operate a virtual classroom indefinitely. When CPS refused to meet CTU’s demands, the union threatened to strike — a threat that its members, who would not have received back pay for what would be considered an “illegal” walkout under the existing collective bargaining agreement, resisted.

Eventually, the two parties struck a deal that priorities CPS workers for vaccines and expanded conditions under which some teachers could remain virtual — but now, with a full return-to-work on the horizon, the union is trying to force the school district to meet higher demands.

In this next go-around, the union wants to include high school students in the discussion and wants the public education system to hand over information concerning how many teachers have received the COVID-19 vaccine, how many staff members have been offered the vaccine, and how many students at the elementary and junior high levels have returned to in-person classrooms.

Again, the Chicago Teachers Union is holding the city’s children hostage in a figurative sense, all so they can use them as bargaining chips to help get things they want.

The left truly never allows a crisis to go to waste.