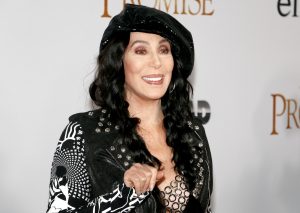 While we should never expect much in the way of genius or understanding of political science from the people we pay to entertain us, they’re still entitled to their opinion and using their platform to promote it. Even if it’s woefully, dreadfully, sometimes hilariously wrong.

Apparently Cher is still around (yeah, I was surprised too). As one of America’s lingering stars clinging to her bygone celebrity, she seems to be a pretty big fan of posting prolific, juvenile anti-Trump tweets over the last few years, which, naturally, our culture considers to be some of her “best” contributions to the world of social media:

Trumps cheap Thug.He’s a RICH “Cheap Thug”,But he’ll Never🐝accepted by Classic Manhattan Money.He eats crumbs From ppl who look down on Him

Anyone else reminded of the punctuation and netiquette used by an elderly relative who just discovered social media? Well, with Cher being as old as the hills, I suppose that’s to be expected, but it’s no less amusing to see her try to offer political commentary and end up sounding like a nincompoop.

Trumps in great shape from the Wrists Down.

Truthfully, those were the tamest of Cher’s “best” anti-Trump tweets that could be shared among mixed company. The rest of them demonstrated nothing but vulgar, mindless hatred toward a fellow human being who, whether she likes it or not, is her president.

Cher stumbled her way into the headlines over the weekend, though not for her heavily pitch-corrected pipes or her obnoxious fashion sense. Instead, Cher tried to throw another anti-Trump tweet on the pile in response to his idea that, well, if so many of these welfare state sanctuary cities are opposed to lifting a finger against the all-too-real illegal immigration crisis, maybe they wouldn’t mind housing and feeding any of the hundreds of thousands of people that flow through the border each month.

Of course, President Trump’s idea terrified and enraged the leftists and gave them something to squawk about over the weekend, but Cher’s response takes the cake.

While, if you ask me, it’s clear she was actually trying to make an anti-Trump statement in response to his sanctuary city drop-off idea, the septuagenarian songstress accidentally made an accurate, kindergarten-level illustration of why the left’s open border approach is insanely unsustainable:

I Understand Helping struggling Immigrants,but MY CITY (Los Angeles) ISNT TAKING CARE OF ITS OWN.WHAT ABOUT THE 50,000+🇺🇸Citizens WHO LIVE ON THE STREETS.PPL WHO LIVE BELOW POVERTY LINE,& HUNGRY? If My State Can’t Take Care of Its Own(Many Are VETS)How Can it Take Care Of More

Now, I don’t know if anyone close to Cher is available to do a wellness check and make sure she hasn’t suffered any recent head injuries, but that tweet is a precious gold nugget among a mountain of leftist verbal diarrhea.

Whether or not she realizes it—and, based on her older tweets, I honestly have to wonder—Cher succinctly illustrated why we can’t handle porous borders a moment longer. If she could think outside her L.A. bubble, she’d see that much of the nation is experiencing the same inability to handle any more extraneous personnel. Logic would demand her to at least find middle ground with the president, and his supporters, on this issue.

But, then, we all know how scarce logic can be these days.