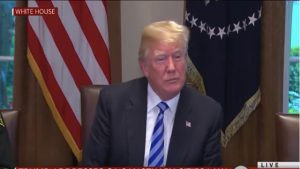 It seems like there’s not a day that goes by that the media isn’t freaking out over something said by President Trump, often times going far out of their way to rip a comment out of context and then blow it up everywhere with an unhealthy dose of not-so-righteous indignation.

This is precisely what’s happening today in regard to something the president said about the MS-13 gang, but the media is twisting it up to make it appear that Trump has slandered all illegal immigrants by calling them “animals.”

Regardless of whether or not you’re a fan of the president, we should all be fans of a press that is both free and tells the truth. Unfortunately, that’s not what’s happening here.

Fresno County Sheriff Margaret Mims said that California’s sanctuary city laws a “disgrace” noting that they put her office in a bad position by limiting their ability to enforce the law and “find the bad guys” who have embedded themselves among illegal immigrants. She used the MS-13 gang as her prime example of the kind of people she’s wanting to get off the streets.

Mims told Trump, “There could be an MS-13 gang member I know about, if they don’t meet a certain threshold, I cannot tell ICE about them.”

Trump responded with the comment that’s not sending people over the deep end:

“We have people coming into the country, trying to come in, we’re stopping a lot of them, but we’re taking people out of the country, you wouldn’t believe how bad these people are. These aren’t people, these are animals.”

“And we’re taking them out of the country at a level and at a rate that’s never happened before. And because of the weak laws, they come in fast, we get ’em, we release ’em, we get ’em again, we bring ’em out, it’s crazy.”

Here are some examples of the mainstream media overreacting:

The New York Times ran a story with the headline, “Trump Calls Some Unauthorized Immigrants ‘Animals’ in Rant.” Its lead paragraph read, “President Trump lashed out at undocumented immigrants during a White House meeting on Wednesday, warning in front of news cameras that dangerous people were clamoring to breach the country’s borders and branding such people ‘animals.’”

The Times posted a tweet about its story that completely ignored the MS-13 context and charged Trump with calling “those trying to breach the country’s borders ‘animals’”: 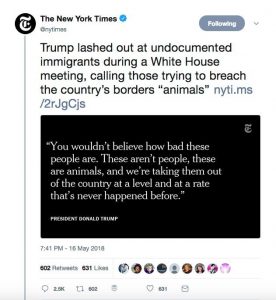 The Washington Post ran an analysis with the headline, “In reference to ‘animals,’ Trump evokes an ugly history of dehumanization.” 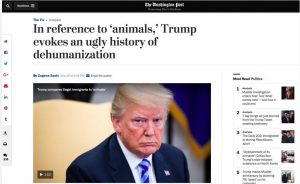 The Post’s lead paragraph noted that Trump “pointedly referred to undocumented immigrants as ‘animals’ in a statement his critics say betrays a gross misunderstanding of the plight of people who came to the United States illegally, and beyond that, little sympathy for them.”

Interestingly, the Post’s analysis included the full context of the MS-13 reference connected to “animals” and yet said Trump’s remark shows “how lowly Trump views those who commit crimes after arriving in the United States illegally.”

USA Today and the Huffington Post also completely ignored the context of the quote, twisting it to ensure it fit a particular agenda they wanted to push. 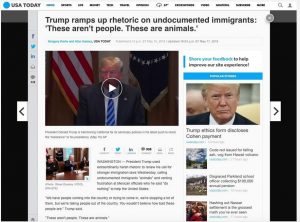 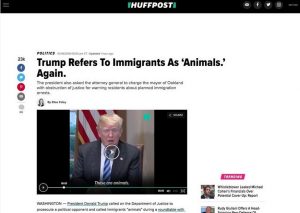 And that’s just the tip of the iceberg.

How sad is it that our news media today no longer cares about ethics, integrity, or truth? All that matters is pushing an agenda, indoctrination, and sensationalizing in order to make money.

If only our press returned to doing their actual jobs.