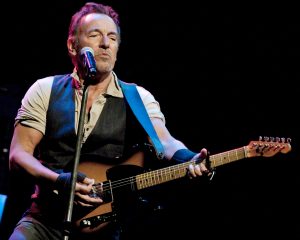 Remember back during the 2016 presidential election when all of those obnoxious super left-wing celebrities threw fits like a bunch of children claiming that if Donald Trump defeated Hillary Clinton they’d pack up and leave the country?

Exactly none of those folks actually followed through on their promises. Why would they? They can make a lot of money here in America by using the capitalist system they claim to despise, while also not being taxed to death like big government socialist countries do to their citizens.

It’s all just a flapping of the gums.

Well, it’s 2020, and we have another round of famous morons also making that very same promise, none of whom will probably actually keep it.

The Boss said he’d quit the U.S. and just might move to Australia if Trump wins reelection on Nov. 3.

“I would consider that,” he said Oct. 14 during a virtual chat with Australian press, according to The Daily Mail.

“I love Australia,” he said. “Every time, we have nothing but good times down there. It’s always a treat to come. Love the people, love the geography, great place for motorcycle trips, it’s close to our hearts.”

But the “Born In The U.S.A” singer, 71, said he’ll let the president decide what he does. “If Trump is reelected — which he will not be; I’m predicting right now he’s gonna lose — if by some happenstance he should be, I’ll see you on the next plane,” Springsteen said.

Tommy Lee, drugged out drummer for 80s hair metal band Motley Crue echoed that sentiment, stating that he was “embarrassed” by America — not as much as we’re embarrassed of you, brother — and stated he thinks that Europeans make fun of us, claiming if Trump gets reelected, he’s “out of here.”

“Dude, I swear to God if that happens, then I’m coming over to visit the U.K. I’m out of here,” the drummer said in an interview with Big Issue. “I’ll go back to my motherland, go back to go Greece and get a house on one of the islands.

“The thing that stings the most is that I feel like we’re embarrassing. I feel like people in Europe and the rest of the world look at America and think: ‘What the f*** are you guys doing over there? Stop voting for celebrities and get someone real to run the country.’”

Gay Latino pop singer Ricky Martin also claimed that he would be jumping ship if Trump takes home a victory on election night.

“I’ve been supporting Biden forever,” Martin said in an interview with the Variety and iHeart podcast “The Big Ticket.” “I think he is the only option we have and he is great and he has been in politics all his life. This is the moment. We all need to get together and be loud about the course of this nation.”

But, while he and his “husband” said they have plans to leave the United States, he’s going to first stay “to fight” whatever that means.

“I think when you have 50 million people voting already, it’s because we are not the only ones concerned about this and for that I am extremely happy,” the pop singer said. “We just take it one day at a time and we’ve had plans like we might leave the country, but no. We have to stay here and we have to fight for our rights and what we believe.”

Other celebrities who say they’ll pack up and head out include John Legend and his wife Chrissy Teigen, comedian Amy Schumer, Michael Loftus, Whoopi Goldberg, and Miley Cyrus.

Be honest. Would any of you reading this actually care if a single one of these individuals left our country to live somewhere else? I honestly think we’d probably be better off without them.

But that’s just my opinion.