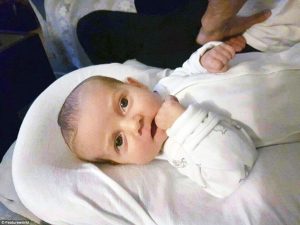 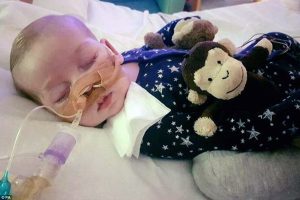 The couple said they wanted to take their son across the Atlantic for nucleoside bypass therapy, but experts said the treatment was experimental

With broken hearts the parents of Charlie Gard announced that their baby boy has died in Britain after being removed from life support.

Parents Chris Gard and Connie Yates wrote via social media: “Our beautiful little boy has gone, we are so proud of you Charlie.”

Charlie died just one week shy of his first birthday and after courts denied the wishes of his parents to take him home from hospice.

Gard suffered from encephalomyopathic mitochondrial DNA depletion syndrome, a rare disease of which there are only 16 current cases. His story won the hearts of people worldwide and his case spurred outrage and debate.

Chris Gard gave an emotional speech saying, ‘Mummy and Daddy love you so much Charlie, we always have and we always will and we are so sorry that we couldn’t save you. 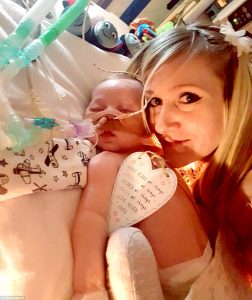 ‘We had the chance but we weren’t allowed to give you that chance. Sweet dreams baby. Sleep tight our beautiful little boy.’

You can read more here.