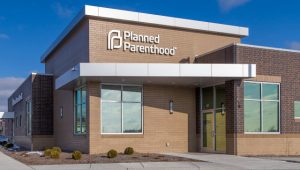 Alexis McGill Johnson, president and CEO of baby murder mill Planned Parenthood, has penned an opinion piece for the New York Times where she addresses the extremely racist views of founder and eugenics proponent Margaret Sanger.

Johnson stated that the organization is “done making excuses” for Sanger, going on to acknowledge “her association with white supremacist groups and eugenics.”

“Until recently, we have hidden behind the assertion that her beliefs were the norm for people of her class and era, always being sure to name her work alongside that of W.E.B. Dubois and other Black freedom fighters,” Johnson wrote. “But the facts are complicated.”

“The first human trials of the birth control pill — a project that was Sanger’s passion later in her life — were conducted with her backing in Puerto Rico, where as many as 1,500 women were not told that the drug was experimental or that they might experience dangerous side effects,” Johnson acknowledged.

Johnson said later in the piece that Planned Parenthood “can’t simply call her racist,” nor can the organization act like she was not the central figure around whom the group was built. She said they would “examine how we have perpetuated her harms over the last century.”