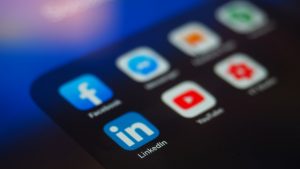 Parler, the social media platform that has exploded in popularity with conservatives over the last week, has stated that they might be down longer than anticipated after Amazon booted the company from their servers.

The move comes after the company has refused to take action to block posts that Amazon says are inciting violence in the aftermath of the riots at the Capitol building last week.

Amazon told Parler that they would stop providing cloud services as the clock hit midnight on the West Coast Monday morning, according to CNBC.

Parler CEO John Matze previously said the website could be reconfigured and back online again come Monday, but he warned that if things went badly, it could take about a week. It appears that the latter will be more realistic given, as Matze claims, other partners dropped their support from the company following Apple, Amazon, and Google’s lead.

“We will likely be down longer than expected,” Matze wrote. “This is not due to software restrictions — we have our software and everyone’s data ready to go. Rather it’s that Amazon’s, Google’s, and Apple’s statements to the press about dropping our access has caused most of our other vendors to drop their support for us as well.”

Apple and Google also removed the Parler app from their platforms. Apple announced on Saturday that it was removing the app from its platform because Parler was not stopping the “threats of violence and illegal activity.” The Google Play Store announced it banned the app on Friday evening, saying, “In light of this ongoing and urgent public safety threat, we are suspending the app’s listings from the Play Store until it addresses these issues.”

“Most people with enough servers to host us have shut their doors to us. We will update everyone and update the press when we are back online,” Matze said.

Parler was established back in 2018 and built its entire brand around being a haven of free speech for conservatives and anyone else who wanted to have a platform where they could voice their thoughts and beliefs without fear of Big Tech censorship.

The riot at the Capitol is the excuse the radical left has been looking for to try and silence the opposition to their agenda, and they are taking full advantage of it.

Folks, if you value free speech, you might want to start finding alternative means of expression. You never know when another big crackdown might come for you.