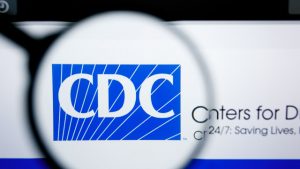 Centers For Disease Control and Prevention Director Rochelle Walensky stated on Monday that Michigan cannot simply vaccinate its way out of the current COVID spike the state is experiencing, adding that state authorities need to “shut things down” in order to curb the spread of the illness.

“When you have an acute situation, [an] extraordinary number of cases, like we have in Michigan, the answer is not necessarily to give vaccine,” Walensky went on to explain during a COVID-19 response briefing. “In fact, we know that the vaccine will have a delayed response. The answer to that is to really close things down, to go back to our basics, to go back to where we were last spring, last summer.”

She then urged Michigan state officials to “flatten the curve” by taking steps to decrease human contact and increase testing with contact tracing protocols.

CDC Director Rochelle Walensky says Michigan cannot vaccinate its way out of a surge: “The answer to that is really to close things down.” pic.twitter.com/VZwq9vqAji

The director’s comments follow a 60% surge in positive cases in Michigan, with a 115% uptick in virus-related deaths and a 112% increase in hospitalizations. Roughly 23% of the population is fully vaccinated, while 35% have received at least one dose of the inoculation, according to tracking data from the New York Times.

Residents largely remain subject to a host of coronavirus measures, including mandatory masks, restaurant seating capacity limits, travel advisories, and work restrictions. In early April, Gov. Gretchen Whitmer did not signal a willingness to expand the mandates as she was hopeful vaccinations and basic protocols would stem the surge.

“We’re getting more and more vaccines from the Biden administration because of all these things,” the Democratic governor said in an April 2 speech during the opening of a mass immunization site. “At this point, compelling and cajoling and begging and educating the public to wear their masks and continue to take this seriously is really the most important thing we can do to get these numbers down.”

Just a week later, both Whitmer and the Michigan Department of Health urged local schools to stop in-person activities after blaming young folk for the current spike in cases. State authorities then wanted schools to restart remote learning and encouraged educational institutions to stop sports and after-school programs.

No matter what you think about the current “spike” in cases, the truth of the matter is, the government at both the state and federal level has managed to grab a whole lot of power from the people through COVID and they are simply not willing to give it up. That’s what this boils down to.