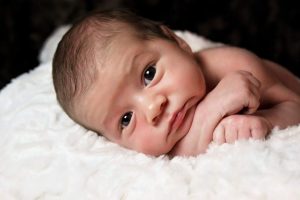 A Catholic priest — Jesuit to be precise — did the absolutely unthinkable during a prayer made at the end of the Democratic National Convention that no doubt made all those in attendance steaming mad as it goes against one of the core issues of their platform.

Rev. James Martin, who has raised a lot of eyebrows within the Catholic Church with his commentary on gay and transgender people, prayed that folks who were watching the event would open their hearts to “those most in need,” which includes “the unborn child in the womb.”

If you listen carefully, you can hear the screeching demons floating around the heads of Democrats throwing a massive temper tantrum.

“Help to be a nation where every life is sacred, all people are loved, and all are welcome,” he said.

Martin confirmed to the Washington Examiner earlier in the week that his prayer would contain explicit references to the unborn.

Although a hot-button issue for much of the Democratic primary, abortion did not play a major role in the Democratic convention. Aside from Martin’s prayer, the issue received only minimal attention, with some speakers mentioning it in their speeches.

The Civil Rights issue of our modern era is most definitely abortion, as it is critical for a free people to be a moral people. We cannot claim to be a moral people if we aren’t protecting our most vulnerable citizens and providing them with the protection for their most basic right, the right to life.

If we want America to succeed and continue on existing, we have to stop this holocaust of child murder. And that’s precisely what abortion is. Murder.