Case Of The Bubonic Plague Discovered In China 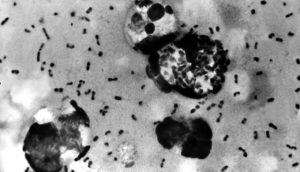 Just when it seems that 2020 couldn’t possibly find more weirdness to throw our direction, a case of the bubonic plague has now popped up in China. Of course, since this disease is spread by animals, they Chinese government will probably say the rats were imported from some other country since they’re pretty much allergic to personal responsibility.

Anyway, the case was discovered in the Chinese region of Inner Mongolia over the weekend.

Health officials from the area made the announcement on Sunday that the case was found in the city of Bayannur on Saturday.

In light of the Black Death case, there has been a third-level health warning issued that will not expire until the end of the year. The warning advises people not to eat potentially infected animals and to report all sick and dead animals.

Why can’t the folks in China just stop eating nasty, dirty animals that carry diseases? Is there a food shortage? Is it some sort of cultural practice that carries religious significance? What’s going on here?

The disease, caused by the Yersinia pestis bacteria, is commonly spread by flea bites and transferred between rodents such as prairie dogs, mice, and chipmunks. Human-to-human transmission is rare but can occur through cough droplets when a person contracts plague pneumonia.

In the 14th century, the bubonic plague, which earned the name “The Black Death,” ravaged Europe, killing approximately 75 million people and affecting half of the continent’s population. The disease earned its name because of black spots that would form on the skin of those infected.

Before the invention of antibiotics, the death rate of the plague was approximately 66%. However, new drugs have reduced the death rate to 11%, according to the Centers for Disease Control and Prevention.

Wondering if you might have the plague? Well, if you have fever, headaches, chills, and swollen lymph nodes, you might just have it.

Sure glad we have treatments for this stuff and that’s so rare now. Still, I can’t speak for anyone else, but I’ve had my fill of 2020. Anyone else agree?