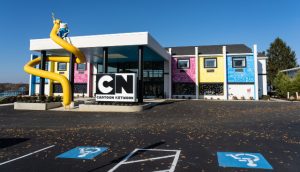 The video, which was posted up on social media earlier in the month, has now gone viral, and features the character Pearl from the show “Steven Universe,” who lectures about how “black heroes” are removed from history.

“The lightbulb could more rightfully be attributed to Lewis Latimer, the Black inventor behind the filament inside the bulb,” she says, before explaining the importance of the filament to the bulb’s functioning. “To create a better standard of living for people who had only just been freed from slavery.

“The lightbulb could more rightfully be attributed to Lewis Latimer, the Black inventor behind the filament inside the bulb,” she says.

“Hold on, we’re not going to mention why he invented the filament,” she later laments. “To create a better standard of living for people who had only just been freed from slavery. Are we going to ask why kids are apparently learning about Thomas Edison and not learning about Lewis Latimer? These textbooks are incomplete!”

LiveScience noted the history of Edison and Latimer: “Several months after the 1879 patent was granted, Edison and his team discovered that a carbonized bamboo filament could burn for more than 1,200 hours. Bamboo was used for the filaments in Edison’s bulbs until it began to be replaced by longer-lasting materials in the 1880s and early 1900s. In 1882, Lewis Howard Latimer, one of Edison’s researchers, patented a more efficient way of manufacturing carbon filaments.”

Pearl goes on to discuss how history books used in classrooms often leave out the contributions of black people and make it a priority to point out the accomplishments of white folk.

“There were Black Roman warriors, Black medieval knights, Black classical musicians, Black cowboys, Black fighter pilots. Where are they? I worry about you humans,” she says. “You rely on these stories to know your own history.”

“Thanks to systemic racism, most of your storytellers prioritized white accomplishments which leaves you with an incomplete picture,” Pearl goes on. “Ask yourself as you’re learning history, who is telling the story? Was this modified to make white readers comfortable? Are major details being left out that would credit people of color and center their point of view?”

As of now, this horrific, Marxist video has been shared 36.9k times. Heaven help us.

Folks, this is all part and parcel of the Critical Race Theory junk people are gobbling up in our culture right now, which is deeply rooted in Karl Marx’s philosophy. It’s dangerous to a freedom loving people.

Yes, racism is real. And as long as humans remain fallen beings, it’s going to exist in one form or another. Of course where it’s found it should be dealt with, but is it really everywhere like leftists claim it is?

That’s the question that needs answering.

Black inventors, heroes, and leaders are often left out of history. Ask yourself as you're learning…who is the focus? Why? Question the story ✊🏿✊🏼✊🏾✊✊🏻✊🏽💖