Canadian Man Finds Hack to Save Car on His Car Insurance: He Changed His Gender 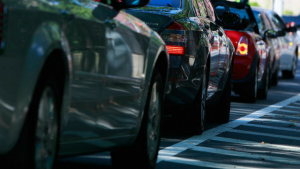 A Canadian man found a very simple solution to what he believed were unfairly high car insurance costs: he officially changed his gender.

According to CBC News, a man identified as “David” was given an insurance quote of $4,500 a year when he was in the market for a new car.

For whatever reason, it occurred to him to ask if the rates would be different if he were a woman. Indeed, they would be, he was told–$1,100 less a year, actually.

“I was pretty angry about that,” David told CBC news. “And I didn’t feel like getting screwed over any more.”

He asked if they’d change his gender on his insurance policy and they–get this–declined. Bigots!

His doctor, thankfully, was much more open-minded and issued a letter that helped him to change his birth certificate (he really wanted to save this money, apparently).

David, who now saves $91 dollars a month as a “woman”, fully admits he “took advantage of a loophole” and “beat the system.”

“I did it for cheaper insurance,” he says.

Naturally, a lot of people in the transgender community are unamused:

Alberta man admits to Perjury – “changes gender on government IDs for cheaper car insurance.” He thinks he’s so clever. Perjury is an offence liable to imprisonment of up to fourteen years. IT’S NOT A LOOPHOLE IT’S A CRIME! #ableghttps://t.co/U4jjP7elrk pic.twitter.com/46swLWdIf5

There’s also the ridiculous and undeniable fact that insurance rates are based on, you know, biological gender and statistics, so the insurance company definitely got scammed there (although I doubt anyone feels too bad for them). David is still, in every possible way, a biological male, so his likelihood to be involved in an accident is statistically the same as before he got his “M” turned to an “F” on official paperwork.

But that’s just one small example of how ridiculous it is that David was able to alter his “official” gender so easily. If the transgender community wants to be taken seriously, they should probably stop criticizing David and start criticizing a system that has trivialized gender to this point.