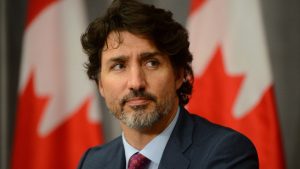 Canadian lawmakers, which happens to include the country’s prime minister, came out swinging hard against President Biden, just one day after taking office, after he rescinded a permit for the always controversial pipeline that  would help ship oil down from Canada to the Gulf Coast.

One of the first thing that Biden did after he took office Wednesday was start chucking out executive orders left and right, including one that would rescind the approval of the Keystone XL pipeline that former President Trump had given the green-light to in 2017.

“While we welcome the President’s commitment to fight climate change, we are disappointed but acknowledge the President’s decision to fulfill his election campaign promise on Keystone XL,” Trudeau said in a statement, according to the New York Post.

“Canada is the single-largest supplier of energy to the United States, contributing to U.S. energy security and economic competitiveness, and supporting thousands of jobs on both sides of the border,” he continued. “Workers in Alberta, Saskatchewan, and across Canada will always have our support.”

Alberta Premier Jason Kenney said he was “deeply disturbed” by Biden’s decision to stop work on the $8 billion project. Kenney had threatened legal action earlier in the week after reports of Biden’s intent to kill the pipeline surfaced.

“This is a gut punch for the Canadian and Alberta economies. Sadly it is an insult directed at the United States’ most important ally and trading partner,” Kenney said during a news conference.

First day on the job and he’s already ticking off our allies. Good job, Joe. You’re proving just how unfit for the office you really are. And why is he doing all of this? Destroying all these jobs and further doing damage to the economies of two different countries?

All to make some rabid environmentalists happy. Ridiculous.

Just think, folks. If this is how bad he did on his first day, just imagine how bad off we’ll be at the end of four years…