Canada Wants the U.S. to Help Them With Immigration…After Insulting Trump’s Immigration Agenda 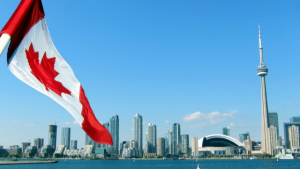 Canada, the politically correct paradise that has been virtue signaling to the whole world how warm and welcoming and tolerant and accepting they are, opening their arms wide to the refugees we wanted to carefully vet, now want us to help them with their immigration problems.

Here’s the kicker too, not only do they want help with their own immigration policies, they actually want us to be more careful…so they don’t have to be!

You seriously cannot make this stuff up.

“So instead of reforming its own laws,” the Daily Wire’s Emily Zanotti explains, “Canada, whose Prime Minister once excoriated President Donald Trump for Trump’s strict interpretation of American immigration laws, wants the U.S. to be even stricter in extending tourist visas so that Canada doesn’t have to admit it has a problem and either close or regulate its own borders.”

Citing the Washington Post, Zanotti breaks down what’s going on:

“Now, Canadian officials want the United States — which already vets tourist visa recipients — to kindly ask Nigerian tourists about their Canadian travel plans so that the U.S. can catch potential illegal immigrants at our border,” she adds.

Canada’s wide open arms have caused them quite a little problem, you see. Zanotti says that entering Canada is as simple as taking a taxi over the border of upstate New York into Quebec, where they are welcomed with all the accommodations one has grown to expect from a socialized government like Canada’s. Temporary shelter, medical care, education, and financial subsidies all await anyone claiming refugee status in the far-left nation, but unfortunately, it’s going the way of every socialist government: they’re going broke.

“Now Canada — and specifically, Quebec — can’t afford to feed, shelter, care for, and support countless refugees,” Zanotti explains. “The schools are overloaded and the immigration system is backed up. And thanks to a loophole in its immigration laws, Canada can’t get rid of them; if you claim protected status once you make it onto Canadian soil, the government, it seems, can’t deport you until it’s given you a fair hearing, a process that can take up to two years.”

And so here they are, asking the US for help.