The Butt-Ugly Reality at the Bottom of the Rabbit Hole 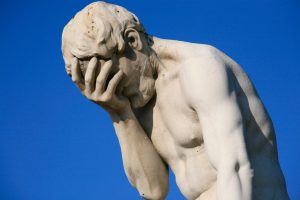 British troops surrendered to members of the Continental Army in a field at Yorktown on October 20, 1781. According to legend, the King’s band played an English drinking song called “The World Turned Upside Down” as the Redcoats laid down their arms. A similar shift seemed to occur right around January 20, 2009 when #44 raised his right hand and swore he would “…preserve, protect, and defend the Constitution of the United States.” America, if not the world, quickly found itself sprawled ass-over-tea kettle at the bottom of a rabbit hole.

Over the last ten years, we’ve learned that right is wrong…or maybe right is left; it all depends on how right and left identify on any particular day. Also, up is down; black is white, and white is racist, regardless of the context in which it’s used. Boys can be girls, and girls can be boys. Just don’t ever assume that one is the other, or that the co-worker or family member you’re talking with even identifies himself/herself/faerself/eirself/verself/xemself as a gender you’ve heard of before. In fact, don’t assume that person has any gender at all, or that he/she/fae/ae/e/ey/per/ve/xe/ze/zie identifies as a person.

Even though Hillary Clinton won the 2016 election back in the summer of 2015, Donald Trump sits behind the Resolute Desk in the Oval Office, and his name is on the Presidential stationary. Robert Mueller, however, is hard at work proving the Democrats colluded with Russia to lose the election. When that finally happens, President Trump will be exposed for the traitor he is, and Clinton will finally be coronate…inaugurated. (Yes, yes, I know, but electing the first woman President for the Democrats is way too important to worry about trivialities such as due process or Presidential succession.)

Pointing out Bill Clinton’s proclivities – especially the ones occurring actually in the Oval Office – and Hillary Clinton’s defense and enablement of her serial rapist husband seem reasonable at first glance, but that comparison is a fallacy. Everything the Clintons did was in the past. That means none of it matters anymore since the past is only relevant when used against a Republican or other conservative.

Some claimed it was President Trump’s bluster that kept America’s west coast from becoming a nuclear waste dump. Others insisted we were saved from war only through divine intervention. Interestingly enough, however, all of our Presidents, including the current Commander-in-Chief, took the Presidential Oath of Office with his/her/aer/faer/em/per/ver/xem/hir (don’t want to assume anyone’s pronouns) left hand on a Bible because America is and always has been a godless nation.

That’s why every mother has the absolute right to dismember, chemically burn, or suck the brain out of her healthy, unborn baby. Brutality against children will not, however, be tolerated under any circumstances. Spanking or firm discipline must always be met with the severest of penalties. After all, we have a responsibility to be an example of civility and compassion to the rest of the world.

We’re also a beacon of freedom. Anyone, for instance, is free to be an American if they can just sneak across the border. (Exceptions are western Europeans, Asians, and other undesirables. Those people should understand how important it is to always follow the law.) And, once here, any American is free to become anything he/she/ae/fae/e/ey/per/ve/xe/ze/zie wants to be.

As long, of course, as it furthers The Agenda. It’s not like the Constitution was ever meant to protect Christians, heterosexuals, alpha males, or any ethnicities that can’t be used to make those on the American left feel good about themselves.

According to those warm, fuzzy leftists and their media lapdogs, what really happened a decade ago was that we finally emerged into the bright light of reality from the rabbit hole humanity had lived in since the first hairy, warm-blooded creature took his/her/aer/faer/em/per/ver/xem/hir inaugural steps on just two feet. Maybe they’re right. Maybe the tens-of-millions of Americans who said they’re wrong in November 2016 are right. Maybe we’re all crazy. Whatever the case might be, the world really has turned upside down.

Or, maybe it was always upside down, and now it’s right-side-up.