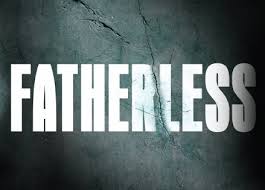 Our nation is still reeling and raging at one another from the tragic events of the latest mass school shooting. Even before the bodies of the victims are cold, the reactions are always predictable. Liberals want to ban guns; conservatives propose a variety of measures to shut up liberals and keep the Second Amendment intact. But neither liberals nor conservatives get the solution right, at least not fully.

The real problem isn’t guns or lack of governmental force, but generally, the absence of human fathers, and particularly,  the absence of the real, true, and ultimate Father — Father God.

Doug Wilson, in a brilliant blog, asks, “We don’t need to do anything about the guns. But we do need to do something about all the fatherless boys who are loaded up on psychotropic drugs, administered by the school nurse, and educated by a school system that is prohibited by law from telling anybody what the meaning of life is. That is your toxic mix.

“First we took away God the Father. You, the student body, are nothing more than meat, bones, and protoplasm, the end result of so many millions of years of blind and idiotic forces imposing their deterministic and grinding fate on matter and energy.

“Having taken away God the Father, we have substituted the state — a ramshackle federal father, if ever there was one.

Nikolas Cruz, feeling the rage, hate, pain, and despair of being taught that he was nothing more than a highly evolved animal who originally came from nothing and would end in nothing, and that one’s “choice” is the highest good, “chose” to live consistently with the Big Bang theory of existence. So he went through his old high school imitating the doctrine he was taught, snuffing out lives with one big bang after another, just enacting the creation myth he was given.

Sociologists lament that “fatherlessness” is the most harmful demographic trend of this generation. Tonight, over 43 percent of American children will go to sleep in homes in which their fathers do not live.

How about guns? Two of the strongest correlations with gun homicides are growing up in a fatherless household and dropping out of school, which itself is directly related to lack of an active or present father.

Nikolas Cruz, 19, from a fatherless home, shot and killed 17 people and wounded 15 others at the high school in Parkland, Florida. Does his terrible childhood justify or excuse the shooting? NO! But it is a common factor contributing to it.

Dylann Roof massacred nine people at a Charleston, South Carolina, church on June 17, 2015. Roof’s parents divorced even before he was born.

Adam Lanza, 20-year-old, on December 14, 2015 at the Sandy Hook Elementary School in Newtown, Connecticut shot and killed 20 children and 6 adults. Not only were Lanza’s parents divorced, but he hadn’t seen his father in the two years before the Sandy Hook shooting.

Jeff Weise, the 16-year-old school shooter who killed ten people — himself and nine others — at Red Lake Minnesota High School in 2005, came from a depressingly broken home: his parents separated before birth and both his parents were dead before he was even a teenager.

The list goes on. From Charleston Churches to the Boston Marathon, to the schoolroom of Florida, the victims change but the narrative remains the same: unstable homes produce unstable individuals — in more instances than not.

The typical response to these shootings — gun control — which translates ultimately to gun confiscation and a disarmed citizenry.

But here’s the formula that has yielded our present day culture: No fathers, or fathers who have sorely wounded the hearts of their children, no creation and Creator, no morals, no absolute truth, no right or wrong, no fixed gender, equals the individualistic, nihilistic, narcissistic, hedonistic culture that we have in modern day America.

Real and lasting change will not come until father-wounds are healed — not by medicines, mandates by big government, or by counselors, but by a repentant return to God — our Father in heaven!

God is called “Father” 245 times in the New Testament.

Of all the names and titles of God, none is more precious, promising and currently politically incorrect, as is the term “Father.” Radical feminist want to replace the Heavenly Father with the Earth Mother. We are told that the concepts of a Father God, of fatherhood, and all fathers in general, have had its day, and that we must get away from patriarchal societies to gender-fluid societies where you can be whatever you chose to be today and then the opposite sex tomorrow if you “chose.”

There is a “Father-shaped” vacuum in the heart of us all. I believe that this is God-arranged. God has so fixed us that we can’t ever find all that we are looking for and need in a human father. Because of this we must come to understand that God in Heaven has so programmed life that until we come into a personal relationship with Him as our Father through the Lord Jesus Christ, we will be forever searching for a human father, or father-figure, to meet needs that only God can meet.

Dr. J.I. Packer asks, “What is a Christian? The question can be answered in many ways, but the richest answer I know is that a Christian is one who has God as Father. “Father” is the Christian name for God.”

Father-wounds, not guns or mental illness, is the major factor causing so many bullet-wounds in America!