BREAKING: Now George is being accused of harassment 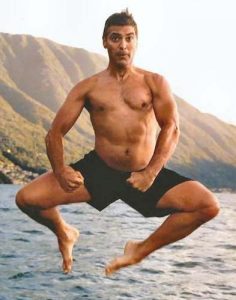 As Hollywood continues to implode it looks like George Clooney may be the next head on the chopping block. It seems the wrong head is getting a lot of A-list celebs in trouble these days! Chop chop!

Are we even remotely surprised?

“A former “ER” actress claims that she was sexually and racially harassed daily on set — and George Clooney helped “blacklist” her from Hollywood when she complained.

“Clooney helped blacklist me when I spoke up abt harassment on ER.’women who dont play the game lose career’I did,” tweeted Vanessa Marquez, who played a nurse on the show’s first three seasons.

She accused actor Eriq La Salle and a crew member of being “p—sy grabbers” and said racial abuse about her Mexican heritage came from “Anthony,Noah,Julianna,” referring to cast members Anthony Edwards, Noah Wyle, and Julianna Margulies.

We’ll see how this unfolds. 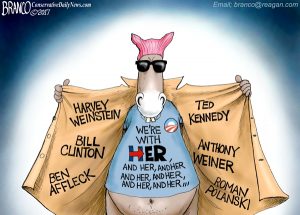