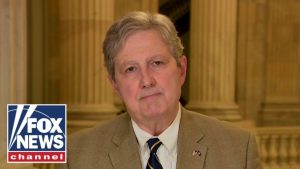 According to a brand new poll put out by Rasmussen Reports, 51 percent of likely voters agree with a recent statement from Sen. John Kennedy, a Republican from Florida, who has come out against the $1.2 trillion infrastructure package that was passed by the Senate this week.

A total of 54 percent of voters disagreed with the statement, which was unattributed in the survey question.

Here are how the poll results, released Thursday, break down:

The poll was done between August 10-11, with 1,000 likely voters being surveyed. There’s a margin of error of plus or minus 3 percentage points.