As I sit here naked on this folding chair furiously typing away at the computer keyboard in my office I consider how wonderful the differences are between men and women.  Boys have a penis and girls have a vagina.  I learned that when I was 4 years old.  The knowledge stuck. 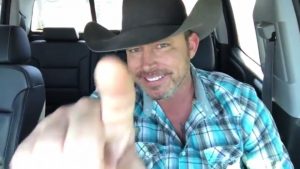 Okay…get your head out of the gutter. I’m not typing naked. I’ve never been naked a day in my life.

But alas, there are those that want to confuse the issue of gender.  Once upon a time, in the good old days, dad would burst into the delivery waiting room with a handful of cigars and shout “IT’S A BOY/GIRL!” You know how dad knew what his wife had given birth to? He saw it…or at least the doctor did first, and announced it.  “Hey buddy you’ve got a straight,” or maybe even a “split.” Your new announcement, dad, “It’s an it!!!”

As a father of 5 with three girls and two boys we have always known what’s up.  We heard it shouted all around our house constantly! Boys have ding dings and girls have tooties.  Well alrighty then.  Sounds like science to me.  Case closed.

But not anymore. Political correctness and sensitivity in today’s genderphobic culture forbid such barbaric announcements. In fact, many parents these days are being encouraged to make no distinctions at all between boys and girls until the child is old enough to reveal it. They even suggest throwing a Reveal Party for your child so they can tell you, the neighbors, their shocked grandparents, and their friends what they want to be for the rest of their lives. “I’m a panda!”

Wait…is that not an option?

The “experts” are now saying that genitalia is no longer a sign of whether a person is a boy or a girl.  It makes no difference if the ultrasound of your unborn child shows a hot dog or a cheeseburger you must wait until your child is old enough to tell you “itself” what it feels like being.

Some may call that sensitivity.  I on the other hand have another word for it: Stupidity. 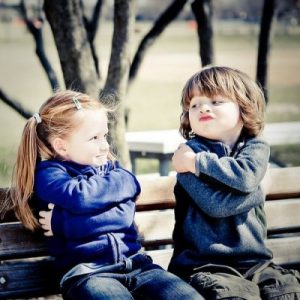 Planned Parenthood (Hang on a second.  I usually spit after I say those two words together.) has now released new information on their website saying that when children point to their genitals and ask “what’s that?” or even “why is mine different from hers?” for example that you should use it as an opportunity to discuss transgenderism and gender stereotypes.  Forget biology and anatomy.  How does little Johnny feel about his penis? Makes perfect sense doesn’t it?  According to them the definitions of gender has changed.

I guess when you’re an organization that makes its money off the mass murder of millions upon millions of unborn babies and call it “women’s healthcare,” you can simply redefine anything you want.

And if you don’t believe that this much ridiculousness exists well then read it here on their own page.