Both UK, US Take Financial Action Against Russia Over Ukraine Invasion 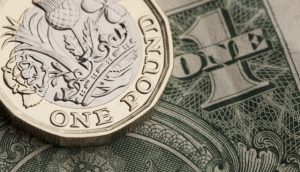 Britain will now be cutting off Russian banks from sterling markets and clearing payments, while the U.S. takes similar action on the dollar, according to statements made by UK Prime Minister Boris Johnson.

“These powers will enable us totally to exclude Russian banks from the UK financial system, which is of course by far the largest in Europe, stopping them from accessing sterling and clearing payments through the UK,” Johnson went on to tell parliament.

“And with around half of Russia’s trade currently in US dollars and sterling, I’m pleased to tell the House that the United States is taking similar measures,” Johnson stated.

This is likely the first of many actions that the United States will be taking to punish Russian President Vladimir Putin for his invasion of Ukraine, which is an independent country.
The U.S., along with other nations around the world, must not allow Putin to think he can get away with this sort of action without consequences. To do so would embolden him to potentially consider invading other NATO countries.
It’s unfortunate that our current leadership is so weak and pathetic that this whole mess has even happened in the first place. Say what you will, but if Trump were in office, it seems a whole lot less likely Russia would have taken this course of action.
Source: Newsmax