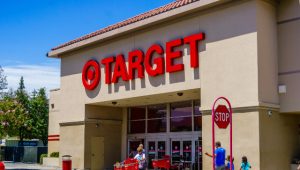 Both Target and Walgreens are listed among the companies that are featured on the Christmas “naughty” list put out by Liberty Counsel this year, which could result in the two companies getting a hit in the pocketbook this holiday season.

Liberty Counsel, which is a religious nonprofit legal group from Florida, put out its “naughty or nice” list for this Christmas season. Among the list of 13 companies are Target and Walgreens, along with J. Crew Outfitters, Barnes & Noble, and TJ Maxx, on the naughty side.

“This large store has surprisingly few mentions of ‘Christmas’ but has references to ‘pack your season full of merry,'” the group stated in remarks concerning Target while then going on to explain that Walgreens made the list because it only referred to “Christmas” once on its website, using the term “holiday” more often instead.

Other companies such as Barnes & Noble , Gap, and Dick’s Sporting Goods made the naughty list because they either place “little acknowledgment on the Christmas season” or use “no references” to the term “Christmas,” the company said.

Companies on the “nice” side of the list are Bath & Body Works, Belk, Best Buy, Hobby Lobby, Kmart, Kohl’s, and Walmart.

Walmart, which had previously been on the “naughty” side after forbidding employees from using the greeting “Merry Christmas” to shoppers, has since moved to the “nice” list for “completely embracing the Christmas season,” according to a Friday statement from the nonprofit group.

Liberty Counsel first began tracking which companies were either silencing or celebrating Christmas in 2003.

“Each year, we begin with the prior year’s list and then modify it as the Christmas season progresses,” Mathew Staver, who is the founder and chairman of Liberty Counsel, told the folks over at the Christian Post. “Consumers are encouraged to communicate with the retailers their matters of concern of compliments.”

Staver went on to say that the whole purpose of the Christmas season is to celebrate the “miraculous birth of Jesus Christ” and noted that retail companies should not be trying to silence that message or simply referring to it as a “winter holiday,” and should instead acknowledge the existence of Christmas.