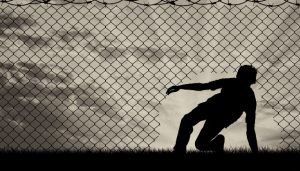 The Border Patrol has set a new record with the astonishing number of unaccompanied minors cross over into the United States illegally in just one single day, which is a sign the crisis at the border is just getting worse and worse.

Federal data was released on Thursday that reveals that 834 children were encountered by federal agents located along the southern border just the day before. Each kid was alone without a parent or guardian.

“Biden’s open border policy is a disaster,” Sen. Tom Cotton, an Arkansas Republican, stated in a response to the news.

That 834 children came across the border in a single day at the height of summer, when it is most dangerous to travel outside amid triple-digit temperatures in southern border states. The phenomenon indicates that the surge in people coming to the U.S. is not a seasonal influx, as President Joe Biden had claimed earlier this year.

Historically, more people attempt to sneak into the country during the spring, before temperatures peak. That the number of migrants encountered along the border has risen through the summer indicates that there are other factors leading them to make the crossing, including horrific conditions in their home countries amid the pandemic and changes to U.S. border policy that walk back hardened measures imposed by former President Donald Trump.

The rise in unaccompanied children coming across the southern border began in February, shortly after the Biden administration commenced.Up until this point, children were sent back to their home countries to avoid filling government immigration facilities during the coronavirus pandemic. Biden announced early on that the DHS would no longer immediately turn away children, as had been the policy since Trump imposed the public health measure in March 2020.

The number of children taken into custody by U.S. border officials has soared since the start of the year, from 5,851 in January, which is equivalent to 189 per day, to more than 9,405 in February, according to Customs and Border Protection data. In March, 18,877 children came over, surpassing the previous record of 11,861 in May 2019. Numbers dropped slightly in April, May, and June to between 300 to 500 apprehensions per day, but they still remained near all-time highs.

Preliminary data from the government seems to be indicating that the United States will exceed the 19,000 mark for single children that have been taken into custody in the month of July, which means they’ve already broke March’s record.

And that number doesn’t even include the kids who arrive at the border with an actual family member.

That’s not all, folks. Apparently, the actual total number of illegal migrants has also hit an all-time high. There are approximately 210,000 folks who stopped at the border in July, which is the highest number in over 21 years.