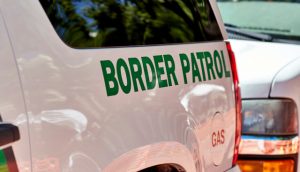 Two illegal immigrants, both from the country of Yemen, have been arrested by U.S. Customs and Border Protection close to the city of Calexico, California. Both of these individuals were found to be included on the FBI’s Terrorism Watch List and the No-Fly list.

A 33-year-old and 26-year-old, both males, were apprehended in the past few months who appeared on both government watch lists. The older man was arrested during the night of January 29, during which border patrol agents “found a cellular phone sim card hidden underneath the insole of his shoe.” He was transferred into the custody of Immigration and Customs Enforcement.

The second illegal alien was arrested in late March and is in “federal custody pending removal.”

“Part of the Border Patrol’s mission states we will protect the country from terrorists,” Chief Patrol Agent Gregory K. Bovino said in a press release. “Today, like every other day, our agents did that. These apprehensions at our border illustrates the importance of our mission and how we can never stop being vigilant in our everyday mission to protect this great country.”

This is why we need to have a border wall, and why our current immigration policies need to be strictly enforced. It has nothing to do with racism and everything to do with national security. You never know if those coming across are looking for legitimate reprieve from oppression or are violent criminals infiltrating the U.S.