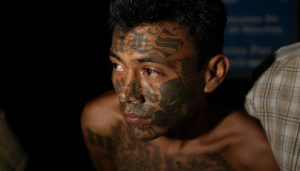 Border Patrol agents managed to take down three MS-13 gang members who were caught attempting to sneak across the southern border illegally from Mexico over the last seven days.

The individuals consisted of two males and one female, all intercepted by federal law enforcement agents at three different areas of the border. One was located near McAllen, Texas, another close to Calexico, California, and the last one at Salton City, California.

While police and border patrol agents do occasionally managed to nab gang members trying to cross the border, these three arrests so close together seems to suggest an increase in the number of people trying to come into America illegally.

The number of illegal crossings has doubled since Joe Biden took over the White House from former President Donald Trump.

The rise in families and children coming across the border each week has forced Border Patrol to pull agents from remote regions to help transport people in custody or process them, making the international boundary easier to penetrate.

MS-13 stands for Mara Salvatrucha and originated in California. It is the most dominant gang in El Salvador, a top sending country for migrant families arriving at the border who are fleeing violence and poverty. MS-13 is one of the world’s most violent and territorial criminal enterprises, and its members are involved in drug smuggling and human trafficking.

The MS-13 gang are seriously bad news, so it’s very good that they were able to nab these people. However, the fact that the number of attempts by illegals to cross the border continues to grow is not good.

It means there are probably a lot of these individuals getting into the country that we don’t know about. The MS-13 gang is extremely violent and dangerous. They need to be stopped. And the best way to do that is to build the wall and enforce immigration laws.