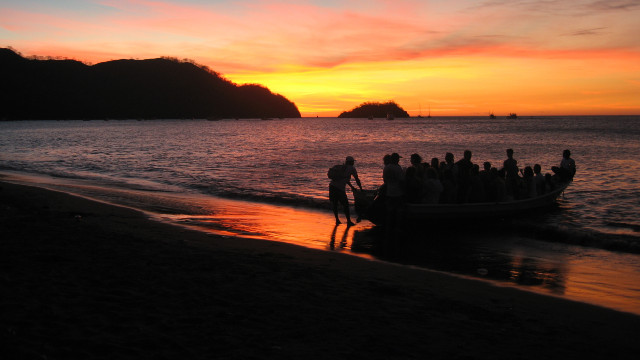 The U.S. Customs and Border Protection agency announced on Tuesday that it had rounded up 123 Haitian migrants that came up on the shores of the Florida Keys Monday morning.

According to the agency, the CBP was contacted by a citizen who stated that there was a boat with about 100 people on board that was close to running aground close to a residential area located in Summerland Key, Florida around 11:30 a.m. on Monday.

After the boat ran aground, the passengers got out and swam to shore where they were then met by law enforcement.

Officers provided first aid to a small number of the migrants suffering from dehydration and were told by the group that they departed La Tortue Island in Haiti March 9 in what the agency called a “marine smuggling event.”

The group was then transported to the Marathon and Dania Beach Border Patrol Stations for processing and will be turned over to U.S. Immigration and Customs Enforcement custody, the agency said.

“Today was another coordinated and timely response with our federal, state, and local partners,” he stated in the agency’s press release. “While on scene, I witnessed the great work being done to ensure the safety of these migrants whose lives were put at risk by smugglers. The migrants will be detained and processed for removal proceedings.”

The agency is currently still investigating the incident.

According to CBP, the Miami Sector was put in place back in 1940 and is responsible for 187,000 square miles, including 1,776 miles of coastal border. Of this, 1,203 miles is located in the state of Florida.

“The sector monitors both the Atlantic Ocean and Gulf of Mexico coasts and includes the states of Florida, Georgia, South Carolina, and North Carolina,” the Newsmax report said.

“The United States Coast Guard said in a post on Twitter March 12, that it stopped an overloaded Haitian sail freighter with 127 people on board Saturday about 41 miles off the abandoned island of Anguilla Cay in the Bahamas between Cuba and the Florida Keys,” the report continued.

Now if we can only get that wall built around the border between the U.S. and Mexico, we’d be good to go. The current administration is still refusing to take any measures to stop the influx of illegal migrants happening down there and at a time when resources are tight, this is going to put an even bigger strain on the economy.