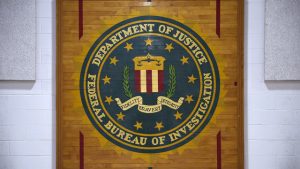 Yesterday, the Depart of Justice Inspector General’s report was released, stating they found no political bias on behalf of the FBI during the investigation into Hillary Clinton’s use of a private email server.

However, there was one bombshell that was buried within the report that a lot folks seem to have glossed over. An FBI agent stated he’d make sure Trump was never president and even texted “we’ll stop it.”

That most definitely seems like political bias, wouldn’t you agree?

Buried in the Department of Justice Inspector General’s report – a report that found no political bias in the actions of the FBI during the Hillary investigation – is one massive bombshell: a text from FBI agent Peter Strzok to his lover, FBI agent Lisa Page. Here’s the insane exchange, circa August 2016:

Page: [Trump’s] not ever going to become president, right? Right?!

Ben Shapiro has some excellent thoughts concerning the message:

How in the world could an FBI agent – and not just an FBI agent, but a key, high-ranking FBI agent involved in both the Hillary Clinton investigation and the Russian election interference investigation – text this? And more importantly, how could the IG then find that no political bias was present in the actions of the FBI? Finally, why didn’t the DOJ turn over this text to Congress? What possible excuse could there be for that that isn’t related to a corrupt attempt to protect their institution above the truth?

We won’t know the extent of FBI mishandling of the Russian investigation today. That’s not covered by this IG report. But it’s nearly impossible to overstate the importance of this set of text messages. It lays bare the motivations of Strzok and Page, and lends serious credibility to the contention that when Strzok spoke of the Russia investigation as an “insurance policy” against Trump’s presidency, he was serious. Critics of the Republican narrative on this point (including me) have asked why, if Strzok truly saw the Russia investigation as an insurance policy preventing Trump’s election, the information didn’t hit the press until after the election? The typical response has been that Strzok and Page didn’t see Trump winning, and didn’t need to use the information.

This message is basically confirmation, an admission, that folks high up in the ranks of the FBI believed it was there mission to do anything in their power to prevent Donald Trump from becoming the president.

The investigation into possible Trump-Russia collusion has absolutely no leg to stand on and this text message completely destroys any legitimacy of the investigation.

It’s time to close up shop, to move on from this and stop wasting millions of tax dollars on an unnecessary investigation.