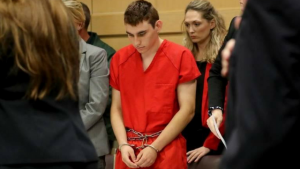 This is what we’ve known all along, but the Broward County school just mustered up the courage to admit.

The Broward County Sheriff’s Office has been slammed for its involvement in the Obama-era PROMISE program, which would protect juveniles from arrest for up to a whopping thirteen misdemeanor arrests if they happened on school campuses.

How on earth letting kids off the hook for committing legitimate crimes is actually supposed to prevent crime is beyond me, but whatever. That’s the Obama admin’s attitude towards crime in a nutshell.

Up to this point, Broward County Superintendent Robert Runcie has denied that Cruz was enrolled in the program, which would have placed him in an “intervention-based program designed to correct student behavior,” instead of jail where he belonged for his repeat offenses, some of which may have set him up to put a red flag next to his name if he’d attempted to buy a weapon to shoot up a school.

Well, the truth is now coming out.

“Two sources with knowledge of Cruz’s discipline records told WLRN he was referred to the so-called PROMISE Program for a three-day stint after committing vandalism at Westglades Middle School in 2013,” reports WLRN, who broke the story.

“When asked for a response, a spokeswoman for Superintendent Robert Runcie stated on Friday that district administrators were aggressively analyzing Cruz’s records. Then Tracy Clark said on Sunday afternoon the district had ‘confirmed’ Cruz’s referral to PROMISE after he vandalized a bathroom at the middle school on Nov. 25, 2013,” they explain.

“However, it’s unclear if Cruz ever attended the program,” they add.

While he showed up for the intake program, Clark said, “It does not appear that Cruz completed the recommended three-day assignment/placement.”

“The school board reports that there was no PROMISE program participation,” confirmed Broward Sherrif’s Office representative Jack Dale.

So, you’re telling me that if a kid who’s up to no good is let off the hook for a crime was able to just not show up to his “alternative” punishment?

Imagine, instead, what Parkland would be like today if this kid had just been held accountable for his actions. The point of criminal punishment is not only to attempt to reform a criminal…but to protect society from him.

And in that, the Broward Sheriff’s Office and the school district completely and abysmally failed.