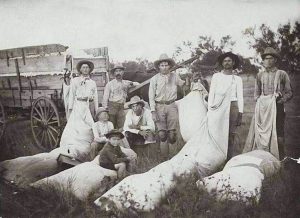 “Black white supremacists are black people who think white people are better than them,” Handler said.

However, Stacy Dash is hitting back with considerable force after Handler, a white woman, questioned her blackness.

“Here is what I have to say in response to being called a ‘black white supremacist.’ The actress continued: Myself, Ben Carson, Sheriff David Clarke are “white supremacists” in black skin. Is that it? Because we disagree with the liberal, Left agenda–a wealthy, white liberal celebrity gets to slander a brilliant and famous neurosurgeon, a respected man of the law, and me? There’s an opportunity to invoke white privilege here somewhere, I’m sure. Wait, I forgot, that’s a title exclusive to conservatives only.

Liberals love to embrace wealthy celebrities who in turn like to fashion downtrodden victims out of their fan base and remind them that they are under the heels of…well, wealthy white people like them.

So…I’m a black white supremacist? It’s a stupid thing to say and it’s not funny. Liberals will laugh at anything at anyone’s expense because they pass it off as “I’m sticking up for YOU.” See, I get paid millions to sit at this desk, walk across this air-conditioned outside red carpet, fly in these jets and I get to tell YOU how to save the environment and fight climate change. I get to tell YOU who to vote for. I get to tell YOU how to think and what to think about people who challenge this progressive way of thinking that allows me to keep this opulent lifestyle.”

NBA Hall of Fame basketball player, Charles Barkley in a recent statement said, “I’m not gonna waste my time thinking about these Confederate statues. That’s wasted energy. You know what I’m gonna do? I’m gonna keep doing great things. I’m gonna keep trying to make a difference, number one in the black community, because I’m black, but I’m also gonna try to do good things in the world.

“What we as black people need to do, we need to worry about getting our education. We need to stop killing each other. We need to try to find a way to have more economic opportunity and things like that. Those things are important and significant.

In response to Barkley’s statements, Michael Harriot, a man whose skin happens to be black, and staff writer at The Root, host of “The Black One” podcast and editor-in-chief of the daily digital magazine NegusWhoRead, labeled Barkley as, the “Round Assclown of Rebound.” Harriot continued his rants against Barkley, by calling him a black white supremacists. He says, “They believe that the only correct way to do things is how they envision the white man would do it. A black white supremacist could never find anything wrong with a white man’s methodology, so he or she continually contorts him — or herself to end up on the Caucasian side of the argument.

A Texas woman was drawn into an intense racial debate on Hobby Lobby’s public Facebook page after she took offense to the company selling cotton stems.

In what appears to be a now-deleted Facebook post, Daniell Rider, of Killeen, claims the store’s cotton stalks were “WRONG on SO many levels.”

“There is nothing decorative about raw cotton. A commodity which was gained at the expense of African-American slaves. A little sensitivity goes a long way,” Rider wrote on Facebook, according to CBS 7. “PLEASE REMOVE THIS ‘decor.’”

Recently, a university president in Tennessee apologized for hosting black students in his home, which displayed a cotton decoration.

Randy Lowry, president of Lipscomb University, apologized for showing centerpieces bearing cotton stalks while hosting black students at his home in an email sent to the school Friday and posted on Facebook.

“The content of the centerpieces was offensive, and I could have handled the situation with more sensitivity,” said Lowry. “I sincerely apologize for the discomfort, anger or disappointment we caused and solicit your forgiveness.”

This is the current “logic” of the authoritarian left; everything must be forcibly modified to fit into their narrative, such as turning black Trump supporters into “white supremacists,” because, according to them, only racists can support Trump.

Respected political commentator Paul Craig Roberts. “Identity politics teaches that women, blacks, and homosexuals are all victims of white heterosexual males who are characterized as the victimizer class, that is, those who victimize others.”

Wake up America! We must learn to hang together or eventually we will all hang separately by those intent on making a brave new world by using race as the bait!