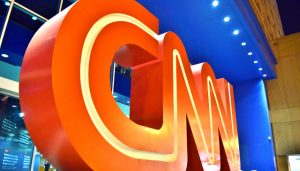 According to billionaire media mogul John Malone, liberal news network CNN needs “actual journalists,” a comment he made during an interview with CNBC where he explained there’s a place for the channel in the proposed $43 billion combination of WarnerMedia and Discoverty into a brand new entity called Warner Bros. Discovery.

“I would like to see CNN evolve back to the kind of journalism that it started with, and actually have journalists, which would be unique and refreshing,” said Malone, who has been serving as the longtime chairman of Liberty Media, which is currently a major shareholder in Discovery and will end up being the controlling partner of the new media combination.

“I do believe good journalism could have a role in this future portfolio that Discovery-TimeWarner’s going to represent,” he added.

CNN will be the key news property in the merged company, one that will be dominated by entertainment programming. There had been rumors that CNN might be spun off or sold, but Malone indicated that’s not likely.

He described such a move as “a coward’s way out would be to sell [CNN] or spin it off and then sell it.”

But Malone has cause to worry about the left-wing network.

CNN’s ratings have collapsed over 50% in the past year and may be suffering from a credibility gap with viewers.

After several years of false and inaccurate reporting about a so-called effort by the Trump campaign to collude with Russia to manipulate the 2016 elections, CNN last week reluctantly admitted its reporting fell short of the facts.

What’s led to the negative perception of CNN has much to do with how they went all in against former President Donald Trump and basically attacked him every single day of his administration, using things like the Russia probe and the two attempts to impeach and remove him from office as opportunities to spin false narratives about him and the folks who voted for him.

This ruined what little trust folks had in the legacy media and has caused folks today to no longer believe much of what is covered on the channel.