President Joe Biden’s chief of staff retweeted a post that called for a 2028 presidential ticket featuring Vice President Kamala Harris and Transportation Secretary Pete Buttigieg over the weekend, then promptly deleted it.

Ron Klain shared the tweet from opinion columnist Jennifer Rubin on Sunday right after an interview with Buttigieg aired on ABC, during which he seemed to echo the president’s lines about the dangers of not having an adequate response to the COVID-19 pandemic.

Quoting a video clip shared by the news network, Rubin wrote above it, “Harris-Buttigieg 2028.”

Klain briefly shared the message with his followers before deleting it. 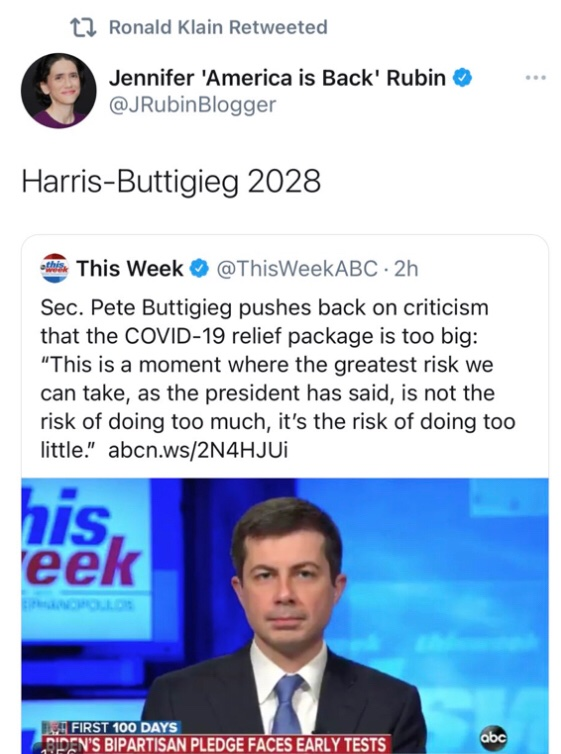 He has shared hundreds of posts since Biden took office less than three weeks ago.

Biden is early in his first term and has not yet declared a run for reelection in 2024. He would be 82 years old in November of that year. Harris is viewed as a natural successor.

If you think that Biden and Harris is bad, just imagine what would happen if the current vice president, an extreme left-winger who is easy to manipulate, sat in the Oval Office with this guy as her right hand man?

Boy, we’d be in for a world of hurt. Let’s do everything in our power to ensure that this particular scenario is one that stays very firmly in the realm of fantasy.