Beto Says Living Close To Work Is A “Right For Everyone” 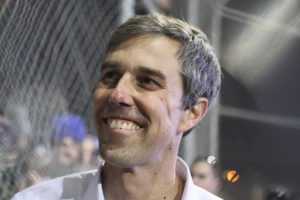 A good many of us in America would do well to remember the simple concept of natural rights our Founding Fathers stood for. If we can allow the message of “life, liberty, and the pursuit of happiness” to shine in consideration the historical context in which those words were written, I think our country’s collective sense of entitlement would get a rightful demotion.

But, then, it’s 2019, and we’ve got nutjobs like Beto O’Rourke running around keeping the spirit of “give me all the things” alive.

As O’Rourke continues to scrape the bottom of the barrel for reasons why anyone should consider giving him their vote in 2020, he offered the insane idea that “living close to work shouldn’t be a luxury for the rich” and is “a right for everyone” at a campaign stop.

In the speech, captured on video and shared by The Daily Caller News Foundation, Beto championed the rights of “lower income people” with longer commute times (because only po’ folks have long commutes? What?!) and declared that rich people need to be “forced to allow lower-income people to live near them.”

Seriously. He said that.

“Rich people are gonna have to allow or be forced to allow lower-income people to live near them, which is what we fail to do in this country right now,” O’Rourke said. “We force lower-income working Americans to drive one, two, three hours in either direction to get to their jobs, very often minimum wage jobs so they’re working two or three of them right now.”

So, in case you didn’t already know, there are a few hilariously inaccurate ideas in Beto’s speech. Just for starters:

Who are these people commuting several hours for a minimum wage job?! I’d seriously like to talk to them and offer my Life Coaching™ services free of charge. Clearly, they need it, if they actually exist. Literally the only people I know who commute more than one hour for a job are earning buku money working in DC or working in skilled trades.

Of course, Beto also suggested building “high-speed rail” in every American city to ensure that “if you do not have a car or do want to use a car,” you can still find urban mobility. This, he declared, would create cities “that are smarter, that are denser” and would lower greenhouse gas emissions and improve the quality of life for all in those ten years we’ve got left before a climate change tsunami destroys us all. So, basically he’s describing every futuristic dystopian metropolis. Thrilling.

Something tells me this is a subjective issue that can’t be solved with a massive federal government program. But, that’s not gonna stop Beto from trying to solve an imaginary problem with his fancypants low-income housing plan!

How on earth is that going to work? The whole damn point of property ownership is that you get to choose the property you want as long as it’s available and you can pay for it. So, how does Beto propose to develop swanky enough projects that rich people will want to live there and poor people can still afford to live there?

I haven’t the foggiest clue, and his campaign site isn’t offering any explanations either. Good thing we probably won’t have to worry about it, though, as Beto continues to flounder in the polls.