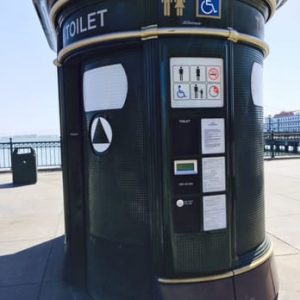 A popular piece of advice that floats around Facebook says to watch a potential mate deal with a slow internet connection before taking the relationship to the next level. Before internet connections and GPS, the perfect way see person’s true character was to watch them fold a Texaco road map. Anyone, especially any man, who could return that cursed piece of paper to its original compact state without profanity and violence was a definite keeper.

Since Diogo Ribeiro, a Portuguese cartographer, completed what is largely considered to be the first map of the world in 1527, maps have guided us. Even with the use of GPS for travel, maps play an important role in our society. Visitors to Boston, for example, can get a map of the Freedom Trail. It guides them to some of America’s most historically significant sites – Faneuil Hall, The Old Corner Bookstore and the Old South Meeting House. Paul Revere’s home is on that map, too, as well as the Old North Church.

In Kentucky, tourists can get a map of the Bourbon Trail and learn the history of that uniquely American whiskey. By following the designated route, enthusiasts can visit the distilleries of Jim Beam, Maker’s Mark, Woodford Reserve, Four Roses, Wild Turkey, Town Branch, and, appropriately, Heaven’s Hill. Go to Arizona, and you can get a map of the Grand Canyon. A popular attraction in Los Angeles is a map called Where the Stars Live. Die-hard fans can follow it to see where their favorite members of the Hollywood elite live and work their mischief.

Go up the California coast to Napa Valley, and you can get a map of the wineries that make the area famous around the world. Just follow directions and you’ll visit the Pine Ridge Winery, Relic Wine Cellars, Silenus Winery, and Quixote Winery, to name a few. Once you’ve sipped and spit enough wine that all the whites and reds start to taste the same, follow your trusty Texaco road map (or your smart phone’s GPS) south about fifty miles down Highway 29 and I-80, and you’ll come to the City by the Bay.

When you arrive in San Francisco, you can expect to find cable cars, lots of Rice-a-Roni, streets running up hills that are stupid-steep, and, presumably, Tony Bennett’s heart. It would be entirely reasonable to also anticipate finding the leftist Utopia Nancy Pelosi and her ilk are always promising America can become with their unfettered leadership. So, what kind of maps are available in Liberal Land?

Funny you should ask. Knowing the left’s vision for our nation and the world, we might expect to receive a guide to the Road of Enlightenment, featuring Kumbaya Corner, Unicorn Pastures, Vegan Vittles, and the Tower of Tolerance. Maybe that will be the case one day, but today is most definitely not that day. The map you get in San Francisco is a different sort, something you likely won’t get anywhere else in the civilized world.

Instead of showing you how to get to all the good places, it shows you how to avoid the worst ones. The city’s most important map is the brainchild of native daughter Jennifer Wong. A web designer, Wong was looking at data sets one day and noted how sharply reports of human feces on the streets had increased. So, she created a map to help San Franciscans avoid the piles of human feces clogging their sidewalks.

Wong kept her map updated only through 2013, but others have kept the information current, say multiple sources. Despite a 140% increase of complaints of human feces and used syringes, city officials say the problem isn’t really that bad. What’s increased, they say, is the number of people making reports. Regardless, the problem of public defecation and urination is causing more than just public health problems; it’s also damaging the city’s infrastructure. In affected neighborhoods, human urine has wreaked havoc  on subway elevators and escalators, buildings, and utility poles. In fact, a special paint has been developed to protect physical assets against this growing threat.